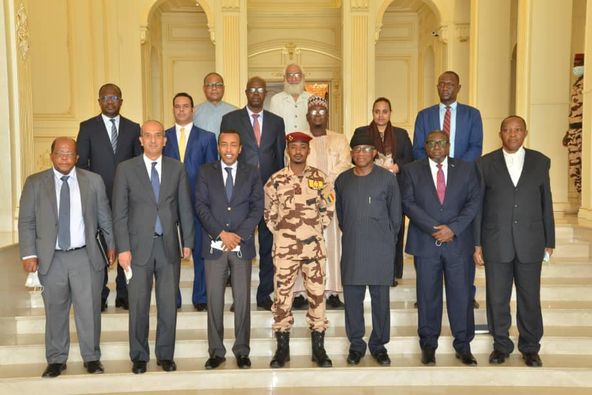 Egypt’s Ambassador to Ethiopia and the African Union (AU) Osama Abdel Khaleq has participated in the African Peace and Security Council (APSC) delegation to the Chadian capital, N’Djamena.

The delegation arrived in Chad as a fact-finding mission following the killing of the country’s President Idriss Déby.

Abdel Khaleq said that the delegation reviewed the security situation in N’Djamena, and the efforts of restoring normality.

The two sides discussed all political and military developments, and ways to restore the constitutional order in the country.

This would take place with the highest considerations of preserving Chad’s territorial integrity amidst the war against terrorism and confronting rebel attacks against the capital.

Abdel Khaleq added that he conveyed the condolences of Egypt’s President Abdel Fattah Al-Sisi and the Egyptian people to Chad’s political leaders on the death of the late president.

The Ambassador also noted the solidarity of the Egyptian government and people with their Chadian brothers during the delicate stage the country is going through.