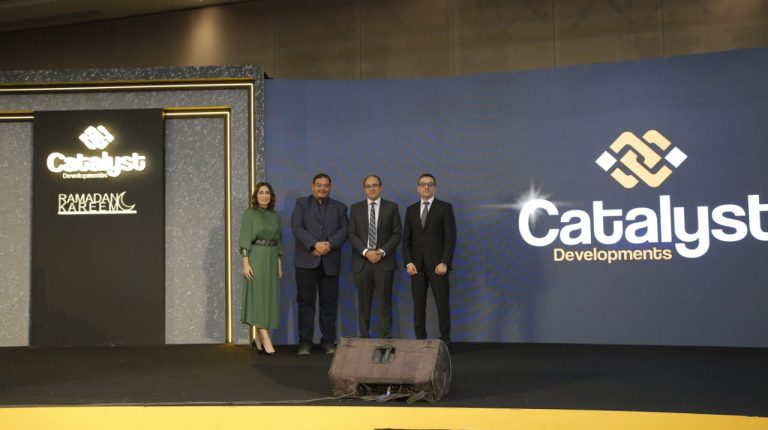 The company’s Chairperson Moataz Abdel Shafi said, “In 2020, all construction works were carried out in accordance with international standards, with the company directing EGP 325m [in investments] last year.”

Speaking at the company’s annual Iftar party, Abdel Shafi added that the company has a total portfolio of five administrative, commercial, and medical projects in New Cairo, with investments worth approximately EGP 4.5bn.

He noted that Catalyst Developments plans to launch a new administrative offices project in the fourth quarter (Q4) of 2021, and other new projects in 2022. The size of the new projects investments may record more than EGP 3bn.

Abdel Shafi pointed out that the implementation rate at the Cairo Capital Center (CCC) project has reached 95%, and that the company has begun delivering units to customers to complete the finishing works. The project will be fully delivered by this coming June.

As for the two North Plus projects, the external and internal finishes, electricity, air conditioning, and fire networks, as well as all services for the project have been completed, he noted.

Abdel Shafi also said that the trial operation of the project has begun, with distinctive brands being utilised in this regard.

Regarding the company’s Elegantry project, Abdel Shafi said that the units have been handed over to clients, and that the administrative and medical part of the project will be delivered and start operating in June 2021.

He added, “On the Business Plus project, all concrete works have been completed alongside 80% of the exterior and interior finishing, air conditioning, electricity and fire-fighting systems have been implemented.”

Meanwhile, the first and second phases of the company’s Ozone project, a full-service medical complex in New Cairo, will be delivered in 2021, he explained.