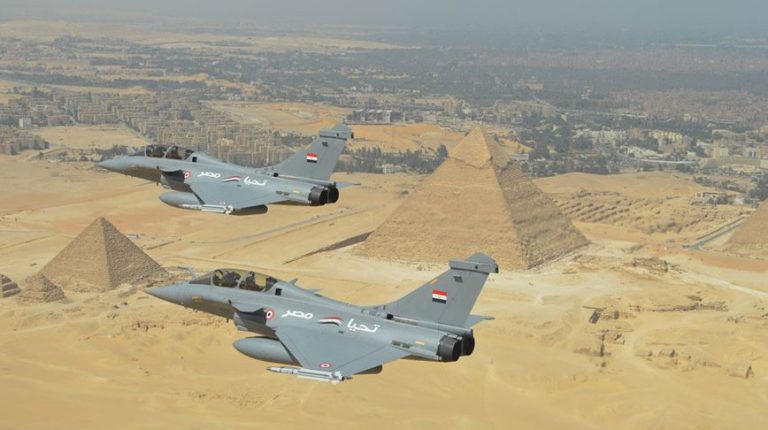 Egypt has signed a contract with France to buy 30 Rafale fighter jets, the Egyptian Ministry of Defence announced early Tuesday.

The deal which was reported by investigative website Disclose on Monday is worth $4.5bn.

According to a press statement by Egypt’s defense ministry the deal would be financed through a 10-year loan.

The Dassault Rafale is now the most modern aircraft operated by the Egyptian Air Force despite its fleet of modernised American F-16 fighter jets. The Rafale is a semi-stealth multirole fighter designed to conduct close air support, as well as air superiority missions, and is rumoured to have advanced radar-jamming technology.

Egyptian foreign policy has pursued various sources of armament in recent years and accordingly has military relations with different arms manufacturers’ countries. Nevertheless, Egypt’s Ministry of State for Military Production has developed an integrated plan to develop the country’s system of military manufacture, at a value of EGP 7.3bn.

The Russian “Su-35″ boasts weapons including air-to-air and air-to-surface missiles, anti-ship missiles and laser or satellite guided bombs, as well as a 30-mm cannon equipped with 150 shells.
While the MiG-35 is an upgraded MiG-29 fighter jet, with a stronger multi-mission capability and enhanced use of high-precision air-to-air weapons. The fighting capability of the jet has increased in a remarkable way due to the increase of the fuel tank.