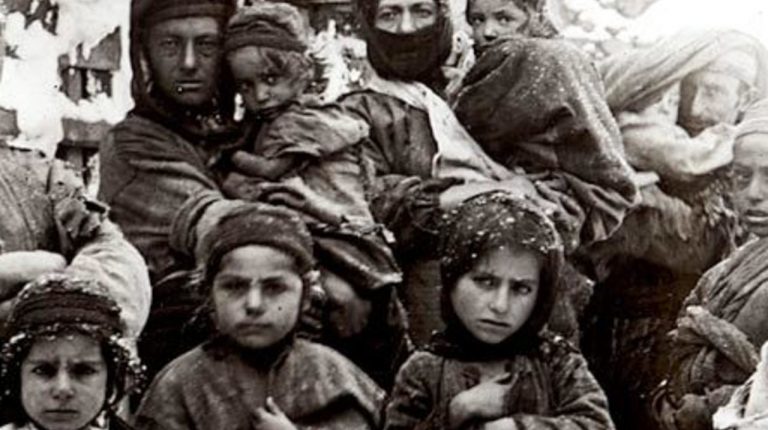 Although the American recognition of the Armenian Genocide at the end of the Ottoman Empire does not have legal significance, this recognition has great political importance as it is an effective pressure card on Turkey in several respects.

On the one hand, this recognition declares the existence of tension in the Turkish-American relations, as this decision came as a result of the dissatisfaction of US members of Congress with the Turkish government.

This followed the Turkish military operation in northern Syria, as well as the purchase of the Russian missile defence system (S-400), which gave an impression that Turkey is trying to get closer to Russia.

Most importantly, raising the Armenian issue at this time is considered as a political manoeuvre to revive the eternal hostility between Turkey and Russia due to Russia’s ambitions in the Bosporus and Dardanelles straits. It recalls the memory of the Russian-Ottoman war that broke out in 1877 due to the intervention of the Russians in supporting the Armenians in their struggle against the Ottomans.

This war lasted for a year and ended with the defeat of the Ottomans and the signing of the Treaty of San Stefano, under which the Armenians obtained for the first time in history a pledge that the Ottoman Empire would carry out political reforms in the Armenian provinces under Russian supervision.

So far, it seems that this American manoeuvre has achieved its desired goal as Turkey’s President Recep Tayyip Erdoğan, in his latest statements, rejected [US President Jo] Biden’s allegations of the genocide of the Armenians.

Erdoğan also held the Armenians and those behind them responsible for the events they were subjected to in 1915, accusing Russia of inciting the Armenians to revolt against the Ottoman state.

He said, “The Armenians took advantage of the political and financial support from European countries, and the great military support from Russia, so they relied on their brutal crimes, as 150-300,000 Armenian guerrillas fought side-by-side, effectively, with the Russian army against the Ottoman Empire, and they committed mass massacres and killed millions of Turks and Kurds in eastern Anatolia, which forced the Ottoman authorities to take a decision to deport them to Syria, Iraq, and Lebanon, which were then Ottoman lands.”

On the other hand, the American recognition is a real victory for the Armenian community in the US and the Armenian diaspora in general, as they assert that one and a half million of their ancestors were systematically killed by the forces of the Ottoman Empire. They commemorate this massacre on April 24 of each year.

Despite the pressure of the Armenian community in the US for years, and the struggle of the Armenians of the diaspora to obtain international recognition, especially the US, of the Armenian genocide and the criminalisation of those who legally deny it, no American president has ever tried to incite Turkey’s anger.

This especially since Armenia and the Armenian Diaspora are demanding Turkish recognition of the execution of the genocide against the Armenians. The appending of the recognition was an apology for the killing of one and a half million Armenians. This is in addition to restoring the lands of western Armenia (now eastern Turkey) to Armenian hands, and providing compensation to the children and grandchildren of the victims.

In fact, Turkey, which arose at the disintegration of the Ottoman Empire in 1920, acknowledged the occurrence of massacres, but to this day it still rejects the phrase “genocide”, which obliges it with many legal matters. The most important of these is returning lands in eastern Turkey to the Armenians, and paying compensation.

Accordingly, for long decades, Turkey has deliberately marginalised the Armenian issue by falsifying history, trying to convince the world that what happened was a result of a civil war in the Anatolian region. It also blames the occurrence of famine, which led to the deaths of 300,000 Armenians and a large number of Turks.

In books that teach history in Turkey, for example, Armenians are referred to as “these people who have been instigated by foreigners, and who aim to divide Turkey, and have killed Turks and Muslims”.

In the intermediate school history books, it is also emphasised that the events of 1915 related to the Armenians came as a reaction to their cooperation with the Russian army in preparation for the occupation of the Ottoman Empire.

As for the term “genocide”, it is not mentioned in Turkish educational books. Rather, they use the term “issue” to refer to the Armenian tragedy. The few Armenian schools in Turkey do not constitute an exception to this rule, and they are forced also to teach Armenian students what is contained in the history books approved by the Turkish Education Council.

Accordingly, the question that arises now is whether America will succeed in creating a wedge between Russia and Turkey by raising the Armenian issue, or will this American recognition be a mere transient matter.