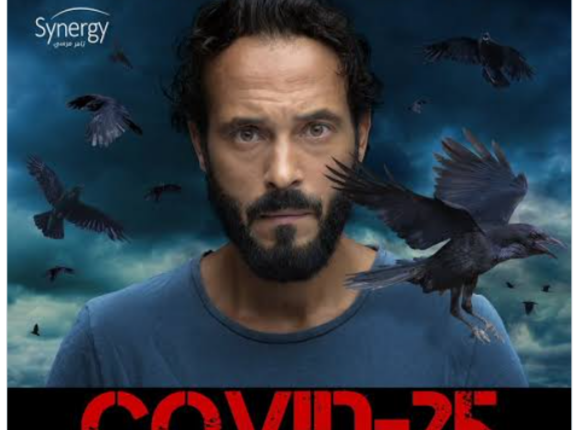 Following the first episode, El-Sherif’s fans expressed their admiration for the “breath-taking” series. His fans have also praised the series for not including any adult scenes, bad language, or lewdness.

The actor has a huge fan base in the Middle East and North Africa (MENA) region, with fans eagerly awaiting every Ramadan for his shows.

This series achieved great success and viewing rates, amid fierce competition from other series being aired during the Ramadan drama season.

The 15-episode series has been written by scriptwriter Engy Alaa, directed by Ahmed Nader Galal, and produced by the leading production company, Synergy.

The series revolves around the spread of a dangerous epidemic in Egypt, which causes madness for those infected. It also focuses on the role of doctors and nurses in facing this epidemic.

The COVID-25 series marks the fourth time that El Sherif and Synergy Media Productions are cooperating, following their work together on Kafr Delhab, Caesar, and The End.