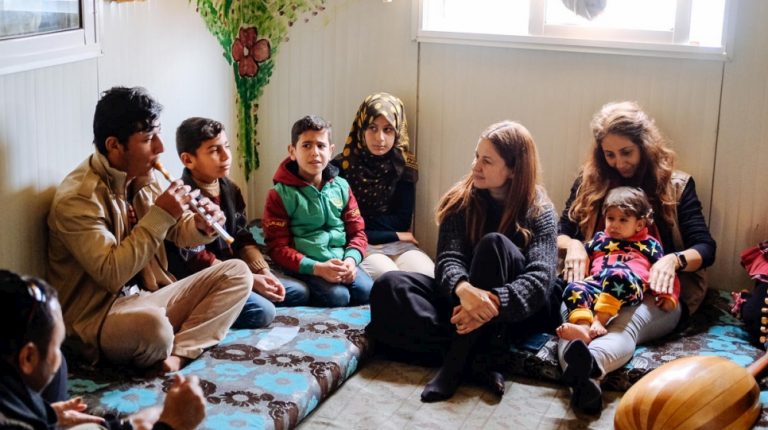 The United Nations High Commissioner for Refugees (UNHCR) announced, on 27 April, that popular Middle Eastern TV personality Raya Abirached has been appointed as a Regional Goodwill Ambassador in the Middle East and North Africa (MENA).

Abirached’s appointment follows her having worked closely with the UNHCR on several campaigns and appeals.

She has provided digital advocacy to the UNHCR over the past four years, and has also undertaken numerous initiatives to provide support to refugees and internally displaced populations.

These include her participation in field missions to Lebanon and Jordan, and hosting “Dafathon”, a live fundraising event to provide fuel to heat refugees’ homes throughout the harsh winter season.

She has become the first Arab female figure to be appointed as a UNHCR Goodwill Ambassador. Her engagement with the UNHCR began in 2017 through MBC Hope, the Corporate Social Responsibility (CSR) arm of the MBC Group.

Since then, she has consistently advocated for refugee rights through her digital participation in the UNHCR’s Ramadan and winter campaigns, as well as in various emergency appeals.

Commenting on her appointment, Abirached said, “I am deeply honoured and humbled for being chosen as a UNHCR Goodwill Ambassador.”

“I do not take lightly the responsibility and tasks ahead and hope, with an open heart, that I can make a small difference in the lives of those in need throughout our region,” she added.

Welcoming Abirached’s appointment as UNHCR Goodwill Ambassador, the UNHCR’s Chief of Private Sector Partnerships in the MENA region Hossam Shahin said, “We are very delighted to honour Raya’s dedication and commitment, especially as this announcement comes during the holy month of Ramadan, where ‘Every Second Counts’ is making an impact on the lives of refugees and advocating on their behalf.”

He added, “Goodwill Ambassadors play a vital role in bringing the refugee cause closer to the public and we look forward to continuing inspiring more people in our region and globally to take action for refugees and those internally displaced, through Raya’s voice and platforms.”

The “Every Second Counts” campaign is the UNHCR’s third global Ramadan campaign, calling for support for millions of refugees and internally displaced people hit hardest by the novel coronavirus (COVID-19) pandemic.

This year, Abirached will also be supporting the campaign, which focuses on the incredible impact individuals can create within seconds on the lives of refugee and displaced families who have been forced to flee their homes in search of safety.

The TV presenter and journalist has been an established media personality in the Arab world for the past two decades, and is well known for her celebrity interviews and for presenting popular regional programmes.

Abirached is a presenter and producer at MBC Group, and one of the faces of the hit television talent show Arabs Got Talent, which she co-hosts. She also hosts Scoop with Raya, which provides audiences across the region with the latest news and interviews from the world of Hollywood.