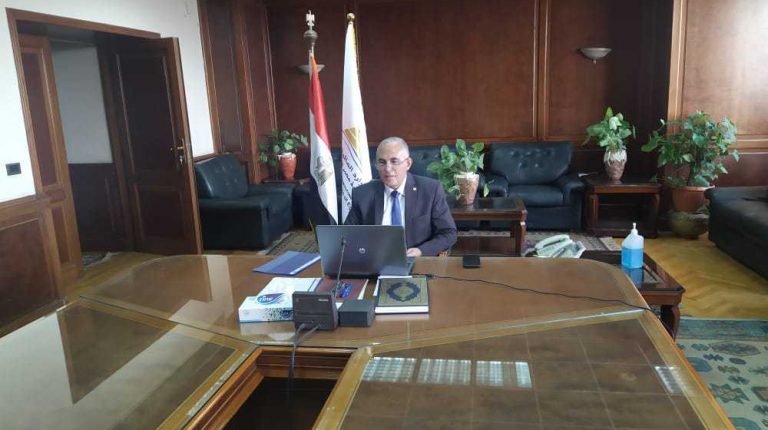 Egypt’s Minister of Water Resources and Irrigation Mohamed Abdel Atty has revealed that the country faces several water challenges, foremost of which is the Ethiopian dam on Blue Nile.

Abdel Atty’s remarks came at the opening session of the “Climate Dialogue” forum, on Wednesday, held under the theme “Ways of Adaptation of the Water Sector to Climate Changes”.

A number of Water Resources Ministers, as well as representatives of non-governmental organisations (NGOs) and the private sector in many countries, participated in the virtual meeting.

The event was organised by the Adaptation Action Coalition, which was formed by the UK, in partnership with several countries including Egypt, Bangladesh, Malawi, and the Netherlands in January 2021.

It aims to build on the outcomes of the 2019 UN Climate Action Summit (UNCAS) and its call for action, and looks to enhance adaptation to climate change.

During his speech, Abdel Atty pointed to the size of challenges facing the water sector, whether at the local or global level, including the overpopulation and climate change. He added that Egypt is one of the most arid countries in the world, where the water gap amounts to a shortage of 90% of renewable resources.

The minister said that Egypt is attempting to fill this gap through importing 54% of its water and reusing 42% of the reusable water. He also reviewed Egypt’s plan to deal with the water crisis.

A total of 97% of Egypt’s renewable water resources come from outside its borders, and is affected by the unilateral measures taken by Ethiopia, he noted. The minister referred to the Grand Ethiopian Renaissance Dam (GERD), which increases the number of Egypt’s water challenges.

Egypt is one of the most vulnerable countries to the impacts of climate change, such as the rise in sea levels, erosion, and floods in the Nile Delta. The country is also affected by  saltwater intrusion, which threatens its food security.