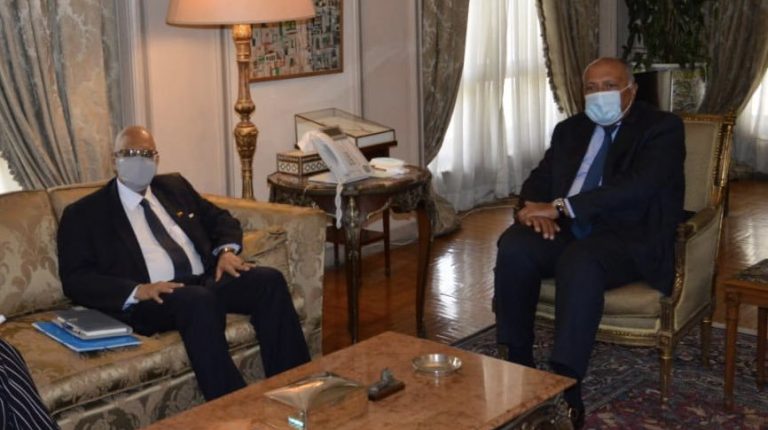 Egypt’s Minister of Foreign Affairs Sameh Shoukry met, on Wednesday, with his Malian counterpart Zinni Moulay, as part of the latter’s visit to Cairo.

The minister referred to the role that Egypt plays in the field of combating terrorism and militant ideology through Al-Azhar, its leading authority on Sunni Islam, and to spread the correct concepts of Islam in Mali.

He also highlighted Egypt’s keenness to continue supporting Mali in various ways and bolstering its stability.

In this regard, Shoukry noted Egypt’s active participation in the United Nations (UN) Mission in Mali.

The meeting between the two ministers dealt with the mutual support between the two countries regarding their nominations in various international forums. They also reviewed the distinguished coordination between them in this regard.