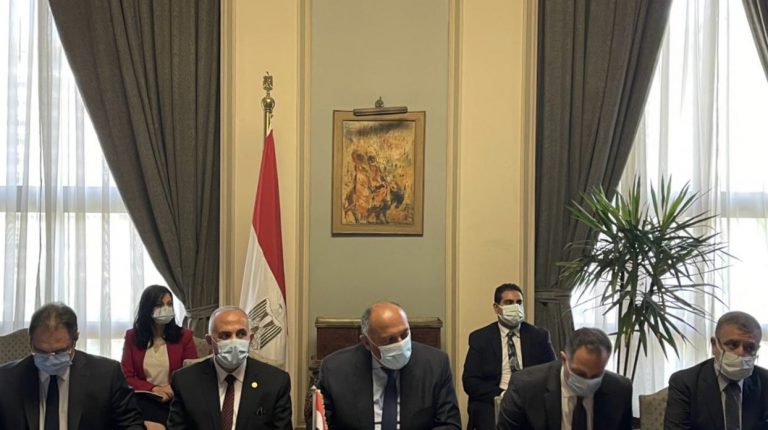 Egypt’s Minister of Foreign Affairs Sameh Shoukry and Minister of Water Resources and Irrigation Mohamed Abdel Atty met, on Wednesday, with Jeffrey Feltman, the US Envoy to the Horn of Africa region, and his accompanying delegation during their visit to Cairo.

The meeting focused on the developments of the Great Ethiopian Renaissance Dam (GERD) negotiations and the possible means to reach a fair, balanced and legally binding agreement on filling and operation of the controversial dam.

Ambassador Ahmed Hafez, the official spokesperson for the Egyptian Ministry of Foreign Affairs, stated that the Egyptian side reviewed the path of the GERD talks extending for a decade since Ethiopia has started building the dam on the Blue Nile without consulting with the two downstream countries (Egypt and Sudan).

They also presented the recent outcomes of the negotiations in regard with the rules for filling and operating the Ethiopian dam. The GERD talks were unsuccessful due to Ethiopia’s intransigence and its rejection of all the technical proposals on the filling and operating rules presented by Egypt or which were contributed by international mediators and accepted by Egypt.

During the meeting, the two Egyptian ministers stressed that their country still hopes to reach an agreement on GERD before the summer, Hafez added. They noted that the filling process of the dam must be done according to an agreement that takes into account the interests of the two downstream countries and limits its damages to them.

The two ministers also expressed Egypt’s readiness to cooperate with its international partners, led by the US, to achieve this goal and reach the desired agreement.