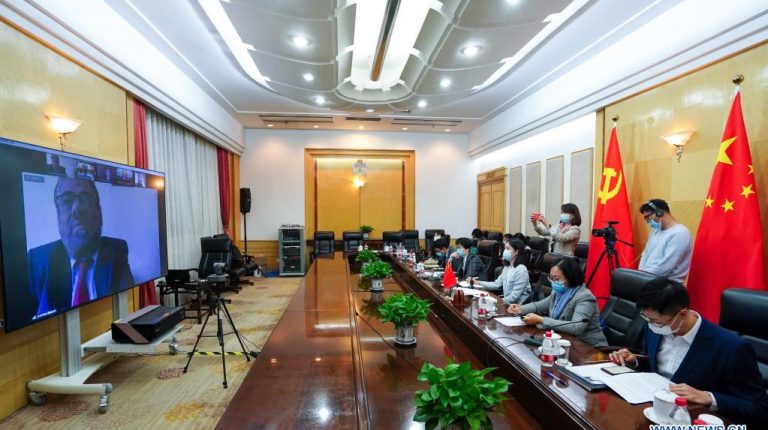 The Communist Party of China (CPC) has led the Chinese people to an unprecedented success in the striving for development, shared development fruits and experience with other countries and played an important role on the world stage, Arab politicians have said.

In a recent video interview with Xinhua, Mohsen Basurra, member of Yemen’s Islah Party, said that the CPC has united Chinese people of all ethnic groups and provided them with political guidance, which is why China has achieved so much today.

Hailing the CPC’s achievements over the past 100 years since its founding, Basurra, also deputy speaker of Yemen’s House of Representatives, said that countries of the third world, including Yemen, are expected to draw inspiration from China’s experience in developing trade, technology and culture, among other areas.

Under the CPC’s leadership, China has carried out extensive cooperation other countries and has actively helped others fight COVID-19 by unreservedly sharing its experience in containing and treating the disease, he said.

Echoing Basurra, Ibrahim Al-Shehabi, member of the Board of Trustees in Egypt’s Coordination Committee of Party’s Youth Leaders and Politicians, told Xinhua that the CPC’s success in leading the Chinese people through the health crisis mirrors the great solidarity between the ruling party, the government and the Chinese people.

In the fight against the novel coronavirus, China has provided Egypt with medical supplies, including masks and vaccines, and shared its experience and expertise in defeating the epidemic. The assistance reflects the traits of friendliness and cooperation in the Chinese culture, said Al-Shehabi, also deputy governor of central Egypt’s governorate of Giza.

He also expressed his hope that Egypt can be inspired by China’s great stories in development, and that the CPC, in the next 100 years, can lead China to greater progress.