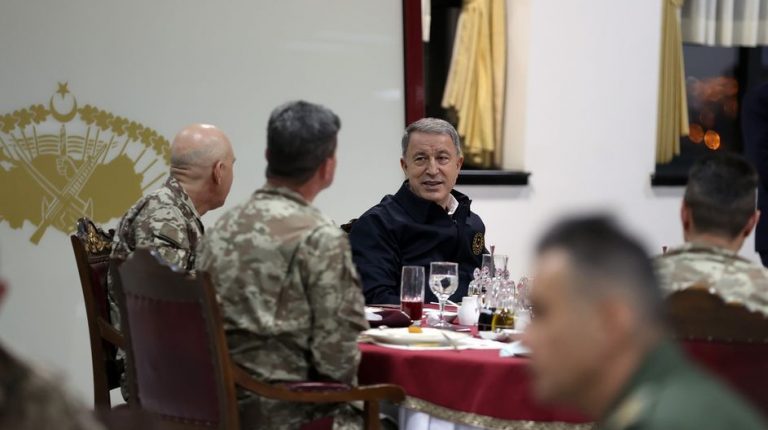 Turkey’s Minister of Defence Hulusi Akar has said that relations with Egypt are developing, and will soon reach high levels.

Akar’s remarks came during a speech given at an Iftar (breaking of the fast in the holy month of Ramadan) with the Turkish Special Forces, on Friday, in the Turkish capital, Ankara.

“We see that our relations with Egypt are developing and this pleases a friend and gives confidence, and at the same time it frightens some,” Akar said, “We have ties of brotherhood, friendship, and common values with the Egyptian people, and we cannot be separated from each other.”

Akar also said that there may have been a pause in the relations between the two countries for several reasons.

He noted his confidence, however, that this will be overcome in a short time and that the feelings of brotherhood and friendship between Turkey and Egypt will reach very high levels again in the coming period.

The minister pointed out that the development of relations between Ankara and Cairo would be extremely beneficial and necessary for Turkey, Libya, and Egypt.

He confirmed that he visited Libya earlier this week, and that both countries are in agreement on all common issues.