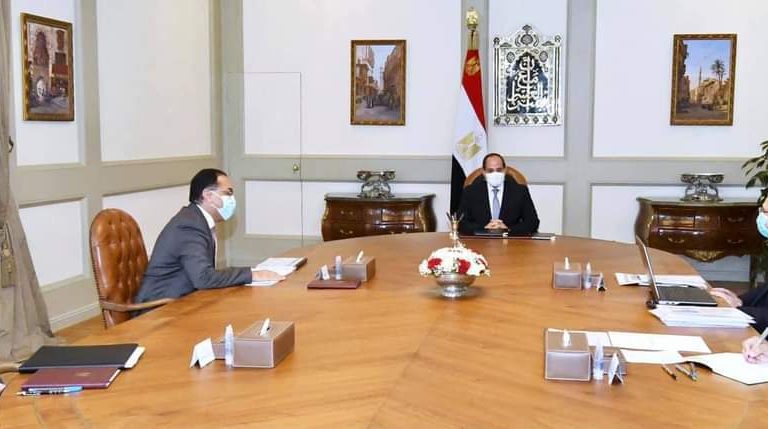 Egypt’s President Abdel Fattah Al-Sisi directed, on Sunday, the government to complete electricity transmission projects in Sinai and link the new urban and development communities there to the national grid according to the previously set timetable.

During the meeting, Al-Sisi followed up on the progress of several national projects carried out by the Ministry of Electricity nationwide, said presidential spokesperson Bassam Rady.

The Egyptian President asserted that the electricity sector is a basic component to meet the development needs in Sinai, especially with regard to agricultural sector projects which depend on water-lifting stations.

For his part, Shaker reviewed the ministry’s plan for developing power supply to development communities in Sinai and linking them to the national grid.

He also presented his ministry’s efforts to improve electricity services for various uses in all governorates, which contributed to improving the capacity of the national grid to meet the increase in demand during the summer. The comprehensive development process covered electricity production, transmission, distribution, and control centres.

Al-Sisi was also briefed on the executive position of the electrical infrastructure in the New Administrative Capital, including transformer stations.

Catalyst Developments to deliver 5 projects worth EGP 4.5bn investments in 2021