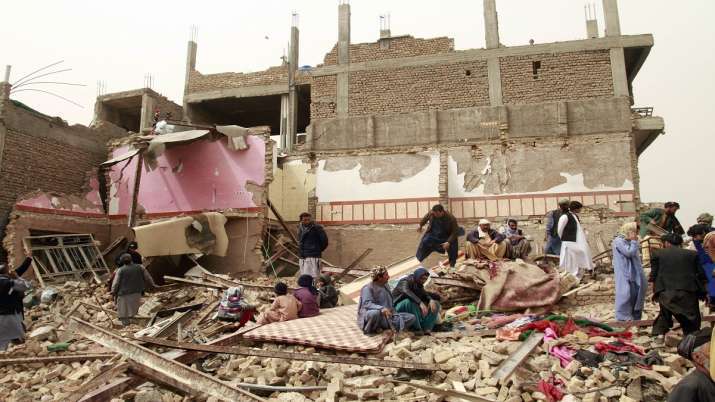 Egypt has expressed its strong condemnation of a terrorist attack perpetrated near a school in the west of the Afghan capital, Kabul, which killed and injured dozens.

Egypt also affirms that it stands with Afghanistan during these painful circumstances, and reiterated its solidarity in countering the phenomena of terrorism, violence, and extremism of all forms.

At least 25 people were killed in the attack and over 50 wounded after a bomb exploded near a school in western Kabul, AP reported quoting Afghanistan’s Ministry of Interior.

Earlier, scores of militants were killed in Baghlan province as government forces launched a counter-offensive to repel Taliban attacks, a police official said on Friday.

“Scores of the armed insurgents have been killed over the past 48 hours, and the Taliban attacks on the Nahrin, Baghlan-e-Markazai, and Dahn-e-Ghori districts have been repulsed,” the official said.

He also added that reinforcements had been reached and the situation would be soon brought under control. Taliban militants have seized parts of the restive Baghlan province over the past few days.

On Friday, Brigadier Safihullah Mohammadi, who serves as a member of the reinforcement forces in Baghlan, told reporters that some 100 Taliban fighters had been killed and injured over the past two days during operations backed by fighting planes.