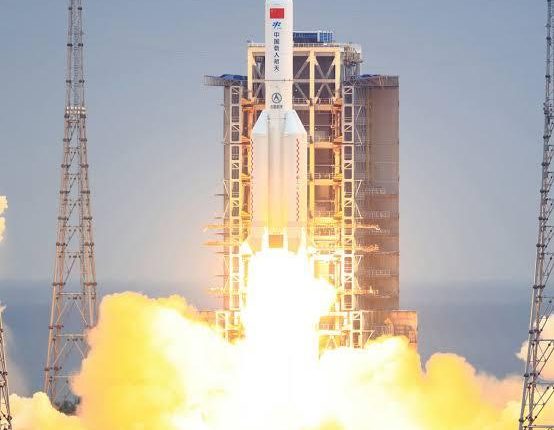 The remains of a Chinese rocket that has been moving out of control has re-entered the Earth’s atmosphere and crashed into the Indian Ocean, according to Chinese state media.

The bulk of the rocket was destroyed as it re-entered the atmosphere, but debris landed just west of the Maldives at 02:24 GMT on Sunday, without any reports of injuries or damage.

There have been days of speculation over where the rocket might land, and US officials and other experts warned its return risked potential casualties. China, however, insisted the risk was low.

US space agency NASA has lambasted China for its failure to “meet responsible standards”, after debris from the rocket crashed into the Indian Ocean.

“Spacefaring nations must minimise the risks to people and property on Earth from re-entries of space objects, and maximise transparency regarding those operations,” said NASA Administrator Senator Bill Nelson in a statement released on the space agency’s website on Sunday

The Long March 5B rocket was launched from the Wenchang Space Launch Centre on 29 April to carry Tianhe, the first module of China’s future space station, into orbit.

Meanwhile, the US Space Command said the rocket had “re-entered over the Arabian Peninsula”. It did not confirm the landing point reported by Chinese media, saying instead that it was “unknown if the debris [had] impacted land or water”.

The monitoring service Space-Track, which uses US military data, said the rocket was recorded above Saudi Arabia, before it fell into the Indian Ocean near the Maldives.

Earlier, the European Space Agency (ESA) had predicted a “risk zone” the rocket would likely crash into. This area was reported as any portion of the Earth’s surface between the latitudes of about 41.5 degrees North and 41.5 degrees.

It included virtually all of the Americas south of New York, all of Africa and Australia, parts of Asia south of Japan, and Europe’s Spain, Portugal, Italy and Greece.