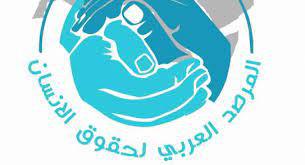 The Arab Observatory for Human Rights has condemned the continuous violations committed by the Israeli occupation against the Palestinian people, most recently in Jerusalem.

In the clashes, Israeli security forces stormed the Al-Aqsa Mosque, taking a heavy handed approach to Palestinian worshipers. They have also forcibly displaced the residents of Jerusalem’s Sheikh Jarrah neighbourhood, and stormed their homes.

In a statement on Monday, the organisation confirmed, “These violations, which are carried out in full view and hearing of the world, represent crimes against humanity and require urgent international action to stop them.”

It held Israel fully responsible for the actions that provoke the feelings of millions of Muslims around the world, undermine the chances of reaching a two-state solution, and threaten regional security and stability.

The Arab Observatory for Human Rights called on the UN Security Council to assume its responsibilities and immediately intervene to stop these attacks. The council should also provide international protection for the Palestinian people under international law, and in all occupied Palestinian areas, foremost among which is the city of Jerusalem.

The organisation affirmed that these documented crimes do not lapse by statute of limitations, and will not change the Arab, Islamic, and Christian identities of Jerusalem. It will also not affect the historical and legal status of the city as it is under occupation.