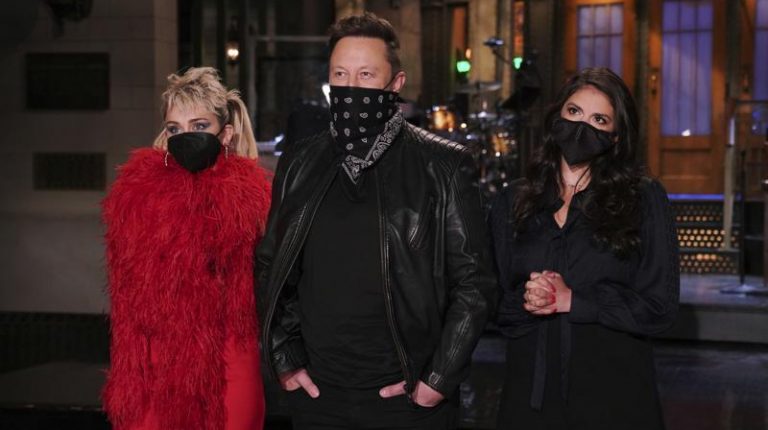 Billionaire and Tesla CEO Elon Musk made a surprise announcement during his anticipated turn as host of Saturday Night Live, announcing that he “is the first person with Asperger’s” to host the show.

Following the announcement, Musk went on to clown through several skits for the first global livestream of the NBCUniversal comedy show.

Musk, one of the world’s richest individuals, opened his monologue by telling an audience in more than 100 countries he is “the first person with Asperger’s to host SNL, or at least the first to admit it.”

The billionaire made light of his tendency to speak in a monotone, adding “I’m pretty good at running humans in emulation mode.”

Asperger’s Syndrome is a condition on the autism spectrum that is associated with difficulty in social interaction, and sometimes is referred to as high functioning autism.

Throughout the show, Musk poked fun at himself, including his penchant for provocative tweets and the time he smoked a joint on a podcast.

Cryptocurrency jokes popped up throughout the show. In one sketch, Musk was cast as a bow-tie wearing cryptocurrency expert on the show’s Weekend Update segment. Dogecoin and other digital currencies had surged in price ahead of Musk’s SNL appearance.

Dogecoin fell during the show and was last down about 12% from late Friday, at around $0.53. It hit a record high Thursday above $0.73.

Musk gained much attention across all forms of media ahead of the show, and shared the spotlight with a prototype of Tesla’s futuristic Cybertruck that Tesla brought to Manhattan on Friday. Video of the hulking, angular pickup prowling Manhattan streets blew up on social media.

During the show, a Tesla supercharger made an appearance in a skit set in an old West saloon. Musk played a gunslinger who had developed an electric horse, and advocated tunnelling through the earth to escape a shootout.

Musk often boasts that Tesla does not spend billions on advertising the way established automakers do. He does not have to so long as he has access to platforms like Twitter or “Saturday Night Live”.

US teen arrested in alleged involvement in Twitter hack