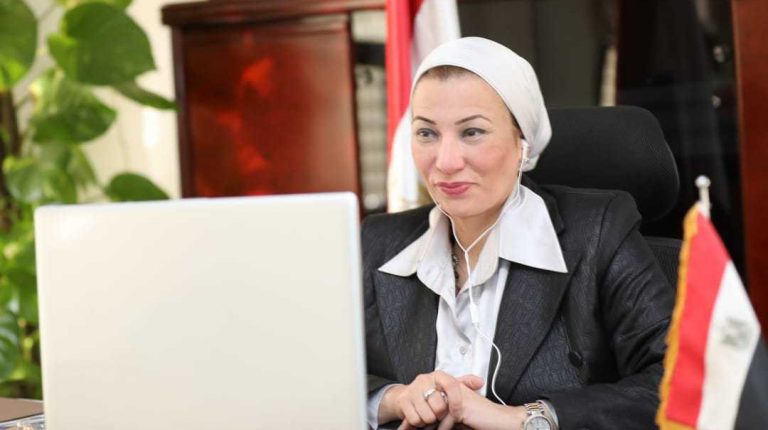 Egypt’s Minister of Environment Yasmine Fouad has highlighted the importance of adaptation and conserving biodiversity.

She also reiterated that investment in adaptation can take place through practical steps. These should start before the UN Climate Change Conference (COP26), which is set to be held in the UK in November 2021, according to a ministry statement on Monday.

During her participation at the 12th Petersberg Climate Dialogue (PCD) on Friday, Fouad said that progress in achieving the global goal of adaptation requires moving forward with technical work. This comes within the framework of the Adaptation Committee and looking at measures of needs assessment.

The minister leant her support to the idea of holding adaptation meetings and round tables for adaptation before the COP26 in Glasgow to define the courses of action. She also stressed the need to place an item on the conference’s agenda to discuss the global goal of adaptation from a global perspective and mobilise political will towards it.

The Petersberg virtual meeting ended with a call to make the COP26 a success, and to conclude negotiations on all unresolved aspects of the rulebook under the Paris Agreement.

The meeting was held at the invitation of the German Federal Environment Minister Svenja Schulze, and COP26 President Alok Sharma. Around 40 ministers and leaders from around the world participated in the PCD, including German Chancellor Angela Merkel, UK Prime Minister Boris Johnson, and UN Secretary-General Antonio Guterres.

In her speech before the conference, Fouad highlighted the connection between measures to deal with the effects of climate change, and the preservation of biological diversity and ecosystems.

She added that Egypt is looking to unify efforts to push forward with climate agreement and the implementation of procedures. This would also link adaptation to ecosystems and nature-based solutions, given that investment in projects to conserve ecosystems is reflected in adaptation.