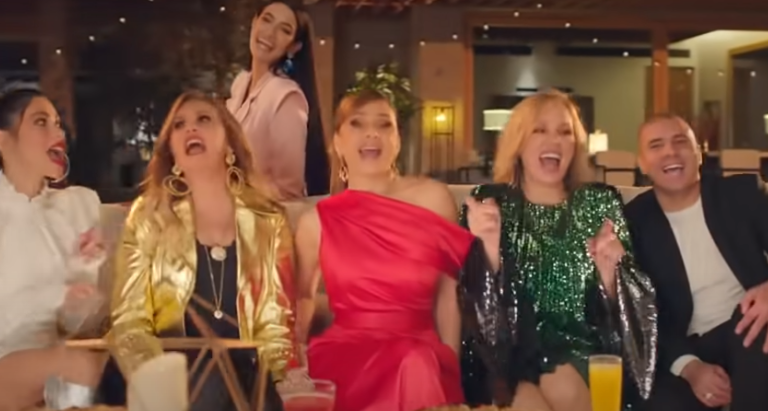 Egypt’s real estate development companies appear to have tacitly agreed this year to bring on board artists, celebrities, and football players as the faces for their television campaigns in the holy month of Ramadan.

These companies have been keen to intensify advertisements for their projects, and invested millions in their ads to develop their image.

This has been particularly important given the surge in viewership during Ramadan, as Egyptians gather in front of television screens for TV series. The novel coronavirus (COVID-19) pandemic, which has seen both lockdowns and closures of varying degrees of shops, restaurants, parks, beaches, and malls, has meant people are spending more time at home.

Daily News Egypt reviewed more than 15 real estate ads as seen on Egyptian channels during Ramadan. Of these, 90% used celebrities to brand and market their projects.

Three years ago, some real estate companies were innovative in some of their campaigns, in an effort to attract the viewers’ attention and interest. This year, there has been a shift, with the core of the ads highlighting project features and praising the investment returns.

Real estate marketing experts agreed that all companies are keen to create offers for their projects in Ramadan to benefit in one way or another. If they do not increase sales during the holy month, they will at least be able to inform viewers of their projects and the company itself as branding.

Kareem Mamoun, Commercial Director at Nile Developments, said that most real estate companies are moving in the same direction by using famous actors and footballers. This all aims to attract viewers’ attention, with no focus on offering distinguished or innovative ideas in their ads or products.

Mamoun explained that the same timing of ads and their similarity make them normal for the customers, and do not represent a good opportunity for the customer to hurry up in their purchase decision.

He further noted that most of the companies, especially new companies, launched TV campaigns to record a good sales percentage to pay some of their financial commitments, rather than focus on branding themselves.

Amgd Helmy, Senior Property Consultant at Hometown Developments, said that these ads are meant to create the company’s brand and its market share, in a similar fashion to PepsiCo, Coca-Cola, Vodafone, Orange and others. He elaborated that these companies do not need these campaigns to achieve sales or to gain fame.

However, there are some new companies launching TV campaigns in order to sell their products mainly through highlighting offers and payment plans, Helmy added.

Ahmed Diab, Sales Director at SARI Real Estate, said that TV ads on their own cannot affect the sales process. This is because in the lead-up to designing ads, any company should study its target customers and products they provide, and therefore the campaign may be an attractive factor for sale transactions.

Diab said that these TV ads would be a very good material for social media campaigns, which is an integral part of the company’s overall campaign to market its products.

Consequently, real estate companies must pay more attention to their television campaigns, their audience, and the targeted outputs of the campaign. This will then make them useful as a social media campaign, ensuring they are also more effective in increasing the company’s sales.

Soad El Degheady, General Commercial Sales Manager at VOW Developments, believes that TV brand campaigns do not directly affect sales. However, whilst the sales team can move, use, and employ these campaigns for their impact on the sales process, the campaigns only increase the customer base by a very few percentage points.

Meanwhile, Hassan Nasr, CEO and Cofounder of ‎El Nasr Real Estate, said that  advertisements in Ramadan do indirectly influence sales. This is because the customer is made to feel confident in the project, and receives a good image of the company and its financial solvency.

Nasr agreed with Diab, saying that these ads could be very useful for social media campaigns as they help salespeople largely reach out to their target. When clients already know the company, the salesperson’s mission to convince the client with the product would be easier.

He elaborated that advertisements are intended to display a product at a suitable time and in an appropriate manner to achieve its purpose.

As for the impact of the advertisements on the sales process, it is referred to the salesperson to ensure that the campaign is well exploited, he concluded.

Vodafone Egypt to pay EGP 10bn in dividends for 2021