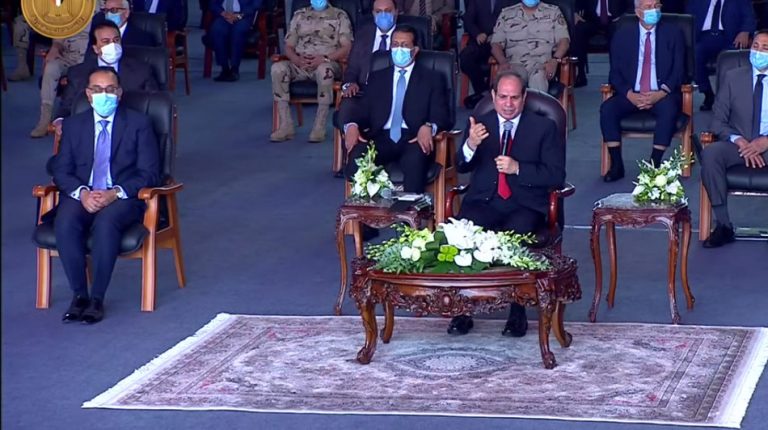 Egypt’s President Abdel Fattah Al-Sisi has asserted, on Tuesday, that work is underway to develop the Suez Canal, in line with the progress of the global trade movement.

The President’s remarks came during his inspection tour of the Suez Canal Authority (SCA), where he extended his greetings and appreciation to the authority’s employees and to the Egyptian people.

Speaking on the Grand Ethiopian Renaissance Dam (GERD), Al-Sisi asserted that Egyptian concerns on the issue is legitimate, but that Egyptians have to trust that the leadership will not abandon the country’s water rights.

Al-Sisi affirmed that the negotiation process requires patience, adding that Egyptians should not rush the results, but instead trust their country’s leadership.

The President referred to the diplomatic moves that have taken place over the past days regarding the GERD issue, and expressed his hope for a solution to the problem.

SCA Chairperson Osama Rabie said that the authority has an integrated programme in place to modernise the maritime fleet. He noted that the SCA’s fleet had been modernised, based on the instructions of President Al-Sisi, in order to keep pace with Egypt’s digital transformation process.

Rabie also indicated that there is a strategic vision to reconfigure Egypt’s fishing fleet. He pointed out that a comprehensive vision for the development of the Suez Canal was put in place, in light of the novel coronavirus (COVID-19) pandemic. He also highlighted that the authority has implemented a number of infrastructure projects.