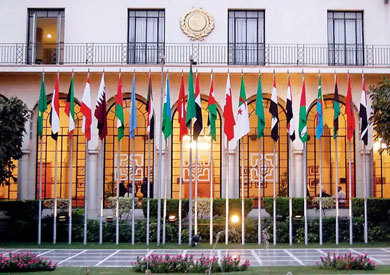 The Arab League has requested that the International Criminal Court )ICC) proceed with a criminal investigation of war crimes and crimes against humanity committed by Israel against the Palestinians.

Israel crimes include the displacement of Palestinians from their homes in Sheikh Jarrah neighbourhood of Jerusalem.

The Arab League’s statement came following its virtual extraordinary session held on Tuesday. The Council called on the ICC to provide all material and human resources for this investigation, and to give it the necessary priority.

The Council also decided to form an Arab ministerial committee to move and communicate with the permanent members of the UN Security Council. It urged them to take practical steps to stop the illegal Israeli policies and measures in the occupied city of Jerusalem.

The committee submitted a report on the results of its moves to the Arab League’s meeting in an extraordinary session held for this purpose.

In its decision, the Council strongly condemned the crimes committed by the Israeli occupation forces against unarmed Muslim worshipers in the blessed Al-Aqsa Mosque.

The Arab league also condemned the occupation authorities ’undermining of freedom of worship at Islamic and Christian holy sites in Jerusalem. This included attacks on unarmed worshipers in the Church of the Holy Sepulchre during their religious ceremonies.

The Council strongly criticised the decisions and procedures of Israel and its unjust judicial system, and the organised terrorist campaigns perpetrated by Israeli settlers supported by the occupation army and police.

It pointed out that all these measures aim to displace the people of occupied Jerusalem, creating a campaign of ethnic cleansing and stabilisation of the apartheid regime, sponsored by the Israeli occupation government.

The Council held Israel responsible for the consequences of these crimes and actions that constitute a flagrant violation of United Nations resolutions, international law and international humanitarian law.

The Arab League called on the United Nations (UN) and specialised international organizations, including the Security Council, to assume legal, moral and humanitarian responsibilities in order to immediately stop this Israeli aggression.

It also demanded to provide international protection for the Palestinian people and preserve their right to freedom of worship, and maintain security and peace in the region and the world.