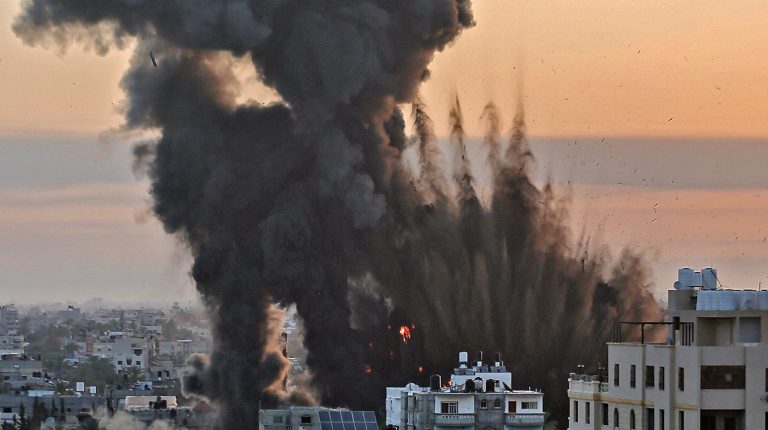 The Al-Arish General Hospital in Egypt’s North Sinai region has announced its readiness to receive cases coming from the besieged Gaza Strip as a result of Israel’s most recent aggression against Palestinians.

The Health Directorate in North Sinai announced, on Wednesday, that the state of emergency had been raised at both the Al-Arish General Hospital and the Bir Al-Abd Central Hospital. Meanwhile, the Eid Al-Fitr holidays have been suspended for some doctors as well as nursing staff.

These measures came as part of preparations to receive injured Palestinians, due to the Israeli aggression on the Gaza Strip.

About 53 Palestinians, including 14 children and three women, were killed as Israeli occupation forces continued their aggression on the besieged Gaza Strip, on Wednesday. The Israeli forces targeted several buildings and residential neighbourhoods.

Additionally, more than 304 Palestinians have been wounded, some of whom have been critically injured.

The North Sinai Health Directorate said that hospitals in the area have experience in treating those injured in such attacks. It added that doctors coming from four Egyptian universities, namely Al-Azhar, Zagazig, Mansoura, and Cairo, are available at the Al-Arish General Hospital.

Moreover, the North Sinai ambulance facility has been fully prepared, with stations at the designated points in the cities of Rafah, Sheikh Zuweid, Al-Arish, and Bir Al-Abd. These facilities are on hand to transfer serious cases to other Egyptian governorates, and will work on opening direct contact with all hospitals.