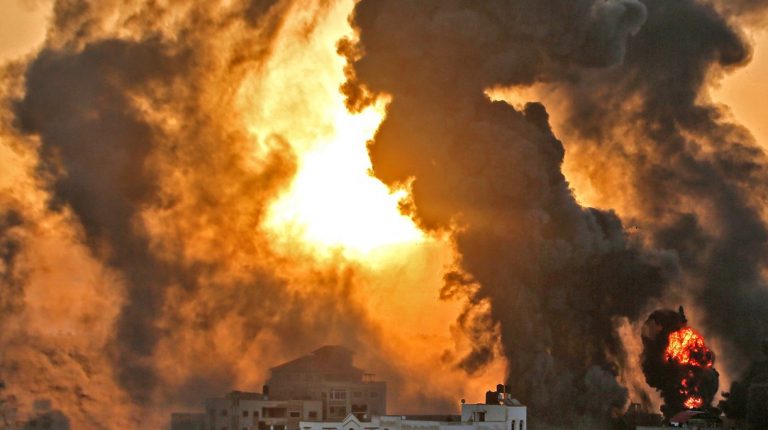 About 48 Palestinians have been killed, including 14 children and three women, as the Israeli occupation forces continued their aggression on the besieged Gaza Strip, on Wednesday.

The Israeli forces targeted several buildings and residential neighbourhoods as part of the ongoing clashes. About 304 Palestinians have been wounded, some seriously.

The missile strikes left two Israelis dead in Ashkelon, a third in the city of Rishon Lezion, and two in the city of Lod. In addition, 26 were wounded, including some seriously, according to Israeli media.

On Wednesday, the Izz Ad-Din Al-Qassam Brigades, the military wing of the Palestinian resistant movement, Hamas, said that it targeted an Israeli military vehicle in the northern Gaza Strip with a guided missile.

An Israeli soldier was killed in the operation, while three others were wounded, leaving two of them in a serious case.

Gaza’s Ministry of Interior said that the successive raids conducted by occupation aircraft resulted in the destruction of all buildings belonging to the police headquarters in the Gaza Strip.

The head of the Hamas military intelligence security apparatus and the commander of the Anti-Espionage Division were killed during the attacks.

The Palestinian resistance targeted Tel Aviv and its suburbs with 130 missiles, in response to the Israeli warplanes targeting residential towers in the Gaza Strip.

Targets included the Ben Gurion Airport, while the “Iron Dome” system had failed to intercept a large number of Palestinian missiles. Air traffic was suspended at Ben Gurion Airport after the strikes from Gaza.