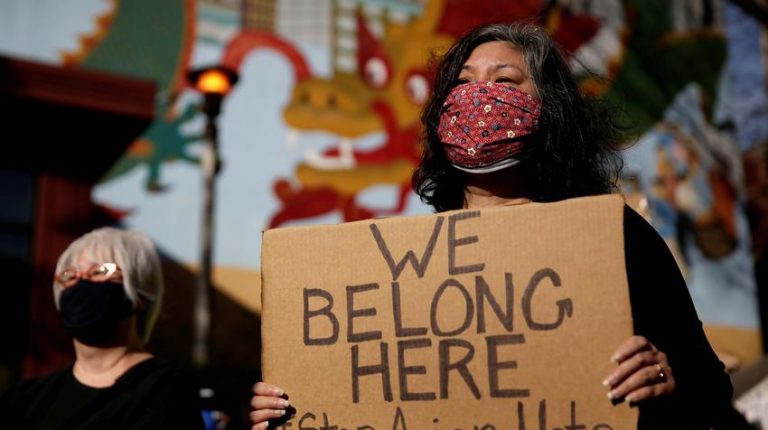 May is the month of celebrating Asian Americans and Pacific Islanders, with the month-long celebration officially adopted as of 2009.

Nevertheless, this year’s celebration comes under harsh conditions as Asian Americans are suffering from a vicious resurgence of racist violence towards them in the US. Although Asian Americans are the fastest-growing ethnic group among the American electorate, and American politicians of Asian descent have begun to gain more political influence in the US, the group have never felt that they live in their home country.

Frequent hate crimes and racism have taken place, and continue to take place, to remind them that they are an unwanted minority by the white race.

Since the beginning of this year, the severity and the frequency of verbal and physical violence against Asian Americans have increased dramatically. There was a series of violent horrific events in Asian concentration areas in the US during January and February that led to a renewed interest in racism against Asian American communities.

For example, there have been more than 20 robberies and attacks in Oakland’s Chinatown in recent weeks, targeting women and elderly Asian Americans. More than 800 incidents of hate toward Asian Americans have also been reported in California alone, the state with the largest proportion of Asians in the US.

Hate crimes against Asian Americans have also risen sharply, by 115% in Los Angeles, according to reports and statistics. In general, Anti-Asian hate crimes jumped by about 150% in 16 of the largest US cities, according to a study released last month by the Center for the Study of Hate and Extremism at California State University, San Bernardino.

In fact, all these recent horrific crimes and alarming reports prompted the Senate to pass a bill on 22 April 2021, aimed at curbing the rise in hate crimes targeting Asian Americans during the coronavirus pandemic.

The legislation will direct the Department of Justice to expedite the review of novel coronavirus (COVID-19)-related hate crimes, and provide more resources for law enforcement at state and local levels to track incidents.

However, issuing this law is not a sufficient measure to curb hate crimes in the US, as it blames the pandemic as the only major cause of violence against Asian Americans, which is contrary to reality. It is also not true that these crimes are due to former President Donald Trump’s hostile speech against the Chinese only, as the American media is trying to justify the matter.

Racist attacks against Asians are not a new phenomenon due to the coronavirus pandemic. Rather, racism against Asians has a long history dating back to the 19th Century, when Asian immigrants were called the “yellow menace”.

This term was used to indicate at the time that Asian immigrants pose a danger to the white race, because they represent cheap labour, so Americans thought that they had come to steal their jobs.

Thus, racism against the Japanese increased during World War II and continued against the Chinese during the Vietnam War, and extended with the rise of Japan and China as two economic powers.

American cinema and the media also played an active role in fuelling feelings of hatred against Asians, as they presented a stereotype of the Asian-American community as being more economically successful than other ethnicities in American society.

This has been a driver for increased attacks on Asians, while the truth is that the Asian-American community, like any other minority in the US, is characterised by extreme economic diversity and disparity.

Although there are wealthy people in this community, there are Asian Americans who suffer from extreme poverty. Most importantly, the US administration used to ignore the problems of Asians and to highlight only the suffering of African Americans from slavery.

Consequently, when the issue of racial justice is tackled in the media in the US, they only talk about African Americans, without referring to Asian Americans.

Racism and xenophobia is the truth that cannot be denied in America. Indeed, the United States has an unfortunate long record of mistreating minorities. Moreover, with time, racism has become more extreme and violent.

When political, economic, and social problems arise, the national minorities are always the scapegoat. This is exactly what happened to Asian Americans once the Corona pandemic emerged.

This is also what makes the Senate law on Asian Americans unsatisfactory to many. In fact, everyone is still pinning great hope on the Biden administration, which aims to fight for human rights. But can this administration really wipe out the history of the US, which is full of human tragedies and racial discrimination?