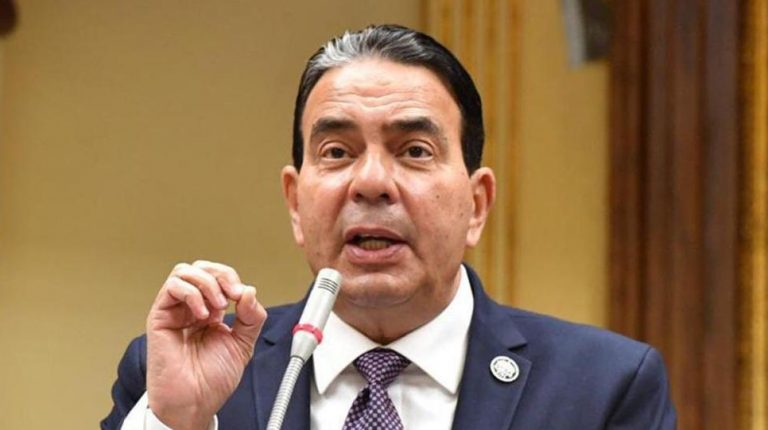 Article 3 of the Universal Declaration of Human Rights stipulates that everyone has the right to life, freedom, and safety over his or her person.

It is noted that the declaration’s articles, which are one of the main guidelines in establishing freedoms in one of the most important documents known to human beings and agreed upon on human rights, has put the right to life at the forefront of the rights that human beings should enjoy.

They also state clearly that governments should be careful to preserve this. Over the past seven years, the Egyptian state has faced a threat to the individual’s right to life. The Egyptian citizen has been surrounded by the threat of terrorism in such a way that it makes it unsafe for him.

As a result, the state’s intervention to preserve the citizen’s right to life, security, and stability is one of its duties to preserve and protect human rights, in accordance with the standards agreed upon by humanity.

German economist Max Weber defines the state as the “human community that (successfully) claims the monopoly of the legitimate use of physical force within a given territory”.

This concept, in addition to other concepts of the state, has cleared the difference between political opposition and armed militias, and the timing at which the state should interfere with its right to use force to establish security in society. This would allow it to preserve the rights of individuals during the period following a people’s revolution.

It was during this time that the state faced movements of armed terrorist elements that forced it to use its right to establish security within society and use force to confront terrorism.

Unfortunately, some wanted to portray this expected move, which came in the context of the role of the state, as something that includes an attack on human rights. It is strange that some European countries that were forced to pass emergency laws to deal with terrorist threats or anything affecting their national security did not find that their position contrary to any human rights standards. So why is it different only when it comes to Egypt?

In another context, the Egyptian Government was interested in giving citizens the highest possible degrees in economic and social rights. There was a major modernisation revolution in the fields of education, health, housing, roads, and services, and we are a few steps away from eliminating phenomena such as slums or dropping out of education.

Groups such as women, Copts, and young people have obtained their rights to be empowered in all aspects, including political representation, in an unprecedented way.

In conclusion, we only call on the international community to comprehensively assess human rights in Egypt in light of the real needs of the citizen, and not to listen to abusive propaganda.