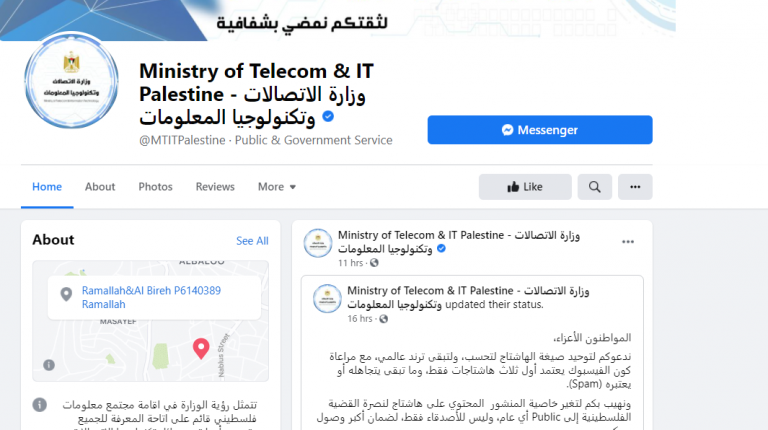 Palestine’s Ministry of Telecommunications and Information Technology has named top three supportive hashtags to the Palestinian cause on social media to achieve the maximum engagement.

“We encourage you [social media users] to make your posts which contain a hashtag that supports the Palestinian cause public, not friends only, to boost the visibility around the world,” the ministry said on Saturday.

Thousands of social media users in Arab and non-Arab states have expressed solidarity with Palestine amidst escalating violence in Sheikh Jarrah, Gaza, and the West Bank due to Israel’s military operations in the occupied territories.