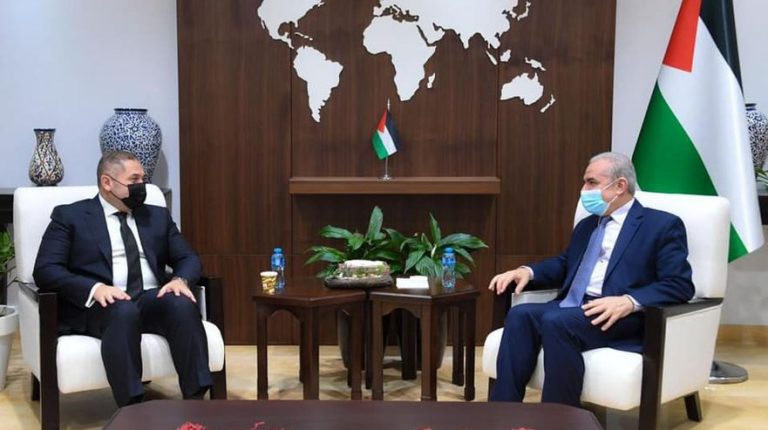 Egypt’s Ambassador in Palestine Tariq Tayel met with Palestinian Prime Minister Muhammad Shtayyeh, on Sunday, to convey the Egyptian government’s message of solidarity with the Palestinians.

During the meeting, Tayel reviewed Cairo’s tireless regional and international efforts to bring an end to the Israeli attacks in the Gaza Strip. The Egyptian steps also include efforts to prevent the recurrence of confrontations in Jerusalem and the West Bank.

Tayel highlighted the Egyptian arrangements at the governmental and civil society levels to provide humanitarian support to the Palestinians in the Gaza Strip, and alleviate their suffering.

He also made clear that the current events prove that the Palestinian issue remains the main issue in the Middle East.

The ambassador stressed the urgent need for a ceasefire, as well as for the international community’s engagement to launch serious peace negotiations between the Palestinians and Israelis.

These would be on the basis of a two-state solution, and international legitimacy and Security Council resolutions.

For his part, Shtayyeh praised the Egyptian efforts at all levels, and expressed Palestine’s appreciation for the Egyptian positions in support of its people.