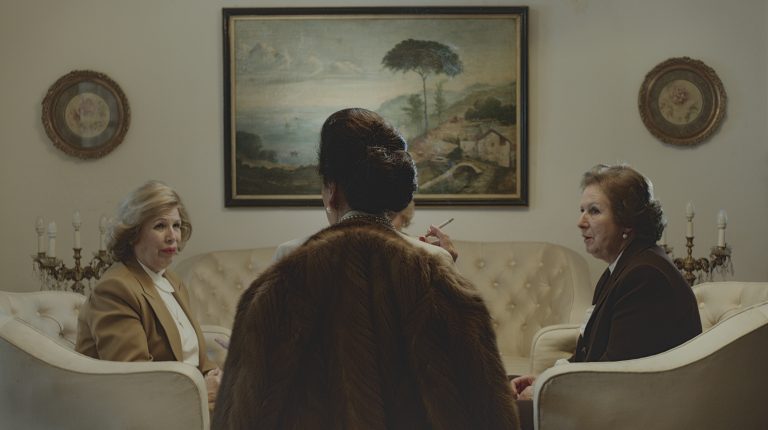 The new Official Competition at the FILMADRID International Film Festival has transformed into a forum for reflection about contemporary films, offering filmmakers’ past and present converge.

Besides the films in competition, which will be shown in the evenings, there will be “mirror” morning screenings of previous productions by their author, as well as other productions that had a fundamental influence on their work.

This way, the audience can delve deeply into the filmmaker’s creative processes and growth. This new model of competition, completely new in the world of film festivals, understands the history of filmmaking as a trigger for contemporary creation.

The screenings of the competition films, as well as the “mirror” ones, will take place fully inperson between 9-13 June 2021 among various locations of Madrid, such as La Casa Encendida, Cineteca, Cine Doré – Filmoteca Española, and Cine Estudio – Círculo de Bellas Artes.

FILMADRID 2021 opens on 9 June with the premiere of Destello Bravío, the first feature film of the Extremaduran filmmaker Ainhoa Rodríguez. Produced by Luis Miñarro, its first release took place in February 2021 at the International Film Festival Rotterdam (IFFR). The opening screening will take place in Cine Doré – Filmoteca Española on the same date.

The same morning, in La Casa Encendida, Rodríguez’s previous works will be screened, including works such as Fade (2016), which narrates the sexual fantasy of an old woman. The film is a powerful visual that defies social taboos and the repressive conservatism of Spanish society.

Several chapters of Rodríguez’s Aprende con… series (20082009) will be screened, in which amateur actors from Extremadura recreate literary works and myths of the popular culture in the form of far-fetched situations. Game, creation, and Absurd are used, with a comical touch, as tools to think about fundamental elements of social imagination.

Aprende con… series,as well as Fade,already announced several issues that were later developed in Destello Bravío, so they all showed the particular and creative imagination of Rodríguez.

The first part of FILMADRID 2021 takes place between 9 and 13 June 2021 and includes a 100% inperson Official Competition, and the online section entitled The Video Essay. This section has been part of the festival schedule for four years and it is possible one more time in collaboration with MUBI, a well-known film web and streaming platform.

The The Video Essay section will be available online between 7 and 13 June as their daily film publication, Notebook. The second part of FILMADRID 2021 will take place between 9 to 12  September, with the already classic sections of the festival: Vanguardias Live and Focos.

FILMADRID director Nuria Cubas said in a press release that the festival considers “this new concept of competition as revolutionary of the usual form of festivals and offers a ground-breaking and deeper sight into contemporary filmmaking.”

She noted that the festival now returns with a completely inperson festival, as such an event is the only place where FILMADRID is appreciated.