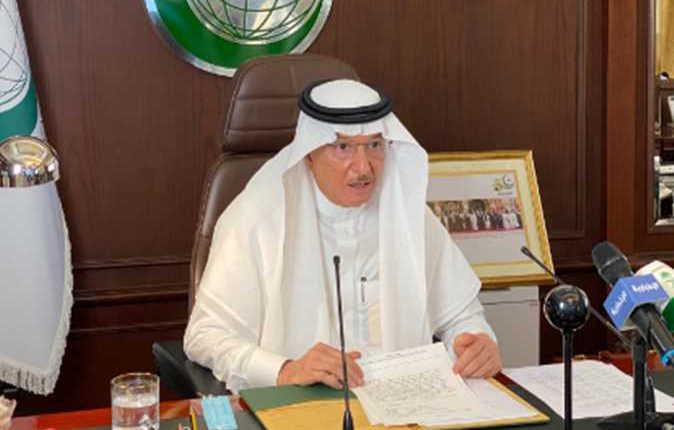 The Organization of Islamic Cooperation (OIC) has demanded a complete and immediate halt of all Israeli attacks on Palestinian civilians and their property.

The OIC’s statement came at the conclusion of their virtual emergency conference on Sunday.

The statement added that the Israeli attacks threaten innocent civilians and cause their suffering.

The Foreign Ministers at the OIC noted that the Al-Aqsa Mosque in Jerusalem and its legal and historical status should not be affected by the violence.

The closing statement warned of the effects of Israel’s inflaming religious sensitivities and provoking the Palestinians. It considers Israel an occupying power that does not have any legitimate rights in the Palestinian territories.

The ministers reiterated the OIC member countries’ condemnation of “the continued Israeli settlement and colonisation.”

During the meeting, Egypt’s Assistant Minister of Foreign Affairs Alaa Roushdy affirmed Egypt’s total rejection and condemnation of Israeli practices. He added that Egypt considers these actions a violation of international law which undermine the chances of reaching a solution, and a grave threat to the pillars of security and stability in the region.

Roushdy added that Egypt has, since the beginning of the crisis, tirelessly worked to counter the aggression against the Palestinians. This has taken place through direct contact with the Israeli side, with Egypt stressing the need to stop all attacks, whilst highlighting the peaceful efforts to achieve a truce.

“Egypt has intensified its contacts towards the same goal on many levels, which is to achieve the truce, and these efforts will escalate during the next stage until the end of the aggression,” he added.

Roushdy explained that violating the sanctity of the Al-Aqsa Mosque, particularly during the Eid Al-Fitr holidays, represents a provocation to the feelings of Muslims.