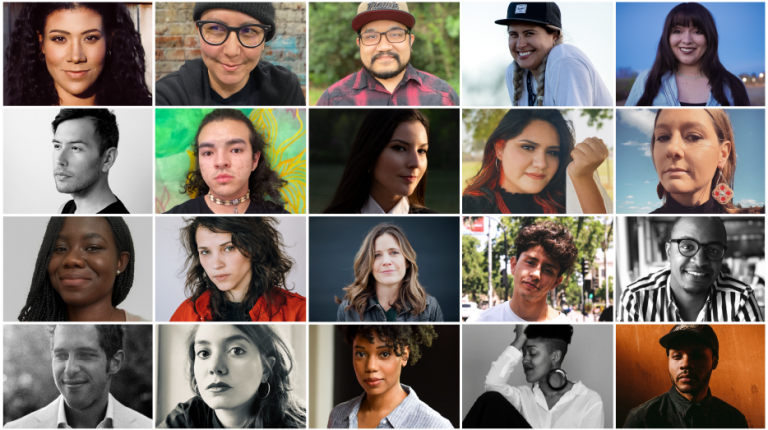 The Sundance Institute, on Saturday, named the artists and projects selected for the first group of its upcoming signature summer Labs.

The list includes fellows for the Directors and Screenwriters Labs, and an additional nine fellows participating in the Native Lab, with one fellow to participate in both events.

The Labs provide a space for writers and directors to spend time developing their craft and selected projects.

Elements of this year’s Labs will take place digitally via Sundance Collab. At the heart of the Institute’s commitment to supporting and cultivating artists, these Labs connect a curated selection of independent storytellers with the larger creative and artistic community.

They enable field-wide benefits, as Creative Advisors and Industry Mentors generously give back, inspire, and learn from rising artists.

During the Directors Lab, which will run from 1 June to 2 July 2021, filmmakers will participate in a robust schedule of learning opportunities focusing on key areas of craft, including: directing actors; exploring the visual storytelling language of their films; and building a creatively rigorous pre-production process.

They will engage with advisors through roundtable discussions, presentations, and one-on-one meetings, whilst also having the opportunity to rehearse, shoot, and edit a scene from their work-in-progress screenplays as an exercise in their home location.

The Screenwriters Lab, which will run from 6-9 July, will include one-on-one story sessions and customised support for the continued development of their original and timely screenplays.

The Native Lab, which started on 10 May and which will continue until 21 May, focuses on the specific development of storytellers from Native and Indigenous backgrounds, encompassing feature film, episodic work, and general cultivation of Artists-in-Residence.

During the Lab, Fellows will hone their storytelling and technical skills in a hands-on and supportive environment, including one-on-one feedback sessions with advisors and roundtable discussions.

With Fellows working across both feature and episodic formats, they will also explore and discuss indigenising their creative practices in regard to writing their scripts.

They form a key part of the Institute’s year-round continuum of customised artist support, including creative mentorship, direct granting, and tactical advice from Institute staff and industry professionals.

“We’re thrilled to be launching such a visionary group of filmmakers who have met this year’s challenges with an unstoppable resilience and spirit of collaboration and creativity,” said Satter, “Their stories bear witness to the world we’re living in, and give voice to characters and worlds that are both deeply personal and universal.”

She added, “We’re excited to provide meaningful and holistic mentorship and connections to these artists, and be part of their burgeoning creative and career development as writers and directors.”

“Support for Indigenous storytellers has been part of the Institute’s mission since its founding,” said Runningwater, “We’re excited to nurture this cohort of filmmakers and their stories, strengthening the Indigenous lens through which their stories are being told and supporting them along their creative journey to the screen and audiences.”