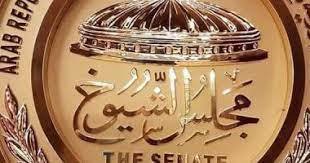 The Senate will look into a parliamentary report on the draft sovereign sukuk bill jointly prepared by the Financial, Economic and Investment Affairs Committee, and the Office of the Constitutional and Legislative Affairs Committee.

The bill includes 24 articles, and was approved by the cabinet last November. It aims to contribute to improving the state’s financial performance, and achieving the short- and long-term objectives of covering the budget deficit.

Sovereign sukuk is a financing tool that has a large degree of acceptance in financial markets around the world, such as Malaysia, Saudi Arabia, Indonesia, the UK, and the UAE. The total number of sukuk issuances currently stands at about $2.7trn.

The vessel represents a new form of government financial securities that are in line with Islamic Sharia’a. It aims to attract Egyptian and foreign investors who abstain from investing in traditional financial and debt servicing securities currently on the market, the report said.

“Until now, sukuk have been almost non-existent on the Egyptian market,” the report said, “There is no reason for not tapping this investment tool as long as the economic environment is friendly, and as long as it can serve the state’s economic objectives.”

The draft law is divided into six chapters, including the first which explains definitions and terms used in the draft law. The law also deals with the role played by the Ministry of Finance in issuing sovereign bonds and the use of their proceeds, the report said.

It noted that the draft law states that the prime minister is authorised to issue the law’s executive regulations after taking the opinion of the Financial Regulatory Authority (FRA).