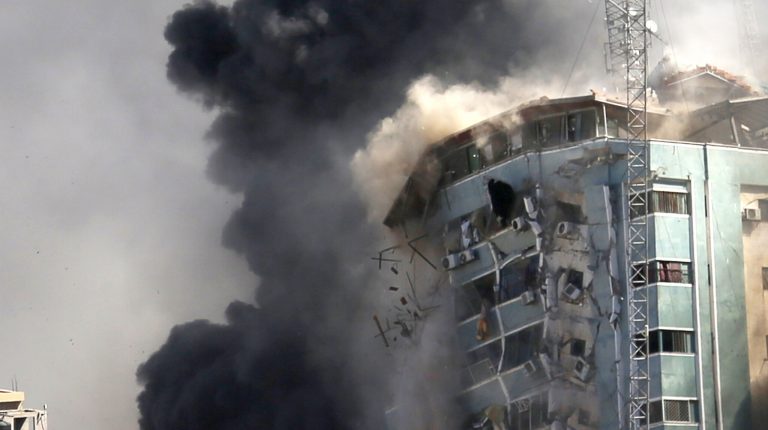 US Secretary of State Antony Blinken and the Egyptian Foreign Minister Sameh Shoukry discussed the ongoing bloodshed in the Palestinian territories and Israel, US State Department Spokesperson Ned Price said on Sunday.

During the phone call, Blinken reiterated his call on all parties to deescalate tensions and bring a halt to the violence, which has claimed the lives of Israeli and Palestinian civilians, including children.

According to the US state Department statement, the Secretary and the Foreign Minister highlighted the importance of the strong strategic partnership between the United States and Egypt. Blinken thanked Egypt for their ongoing efforts to support an end to the violence.

Earlier on Sunday, Egypt’s Minister of Foreign Affairs has said that a two-state solution remains the only viable pathway to end the Palestinian-Israeli conflict.

Shoukry’s remarks came during his participation at the urgent session for the UN Security Council to discuss the latest developments in the occupied Palestinian territories, chaired by China.

The Egyptian Foreign Minister called for an immediate ceasefire between Palestine and Israel to end the bloodshed.

He added that Egypt has, from the outset, sought through extensive contacts to establish an immediate ceasefire and to revive serious negotiations.

“Egypt does not see a way to solve the crisis except through the Palestinian people gaining their legitimate rights, on top of which is an independent state,” he said.

Shoukry noted that the Palestinian issue has witnessed successive setbacks throughout its history, which have lead up to the current scene. He also said that the forced displacement policy is a systematic Israeli policy.

He said that the West Bank and Jerusalem have witnessed a vast expansion in the policy of forced displacement and home seizures perpetrated against Palestinians.

This comes as a total of 42 Palestinians have been killed,including 10 children, and dozens wounded, early on Sunday, during a series of raids by Israeli forces on the besieged Gaza Strip.

According to Palestinian health authorities, the number of those killed in the continuous Israeli bombardment on the Gaza Strip rose to 192, including 58 children, while the number of injured exceeded 1,200.
The Israeli authorities say that 10 people have been killed in Israel, including two children.

Egypt opened the Rafah border crossing to allow for the Palestinian injured to be treated at Egyptian hospitals in Sinai.