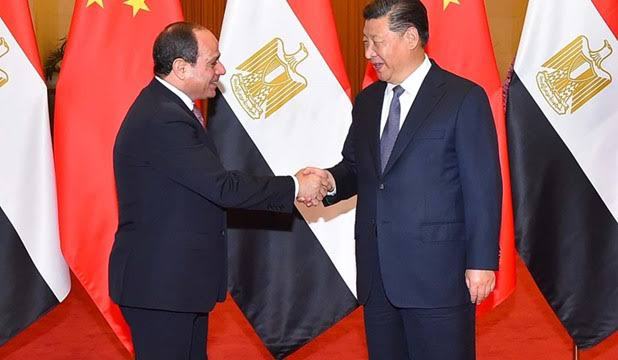 China’s Embassy in Cairo celebrated the 65th anniversary of diplomatic relations between Egypt and China, on Tuesday.

It organised a virtual seminar titled “65 years of support and synergy … Hand-in-hand to create a better future”.

Special Envoy of the Chinese Government on the Middle East Issue Zhai Jun participated in the celebration.

Jun said that China and Egypt established a comprehensive strategic relationship in 2014, when Egypt’s President Abdel Fattah Al-Sisi and his Chinese counterpart Xi Jinping decided to boost relations in all fields.

The Chinese special envoy added that the depth of relations between the two countries was evident in Cairo and Beijing standing side-by-side during the novel coronavirus (COVID-19) pandemic.

He said Beijing encourages Chinese companies to provide assistance and support to Egypt in fighting the pandemic. The government also encourages the country’s companies to invest and work in Egypt, with China becoming Egypt’s largest trading partner.

“Over the past 65 years, Egypt and China have combined good and deep relations that are distinguished by friendship and cooperation,” Jun said, “This makes the two countries a model to be emulated in African and Arab relations.”

Jun added that there is cooperation between the two countries in economic fields and major Egyptian projects, such as the Suez Canal Economic Zone (SCZone) and the New Administrative Capital (NAC), among others.

Tariq Al-Wasmi, Assistant Foreign Minister of Egypt for Asian Affairs, said that Egypt is proud to be the first country to recognise the People’s Republic of China, when it was founded, and establish diplomatic relations with the country.

Al-Wasmi added that Cairo appreciates China’s supportive position during the COVID-19 pandemic by sharing information and providing support from medical tools to vaccines.

He noted, “The signing of an agreement to manufacture [the Chinese] vaccine locally in Egypt will contribute to providing assistance to all neighbouring countries.”

He added that there has been a boom in bilateral relations over the past seven years, pointing out that the Chinese side has contributed with its expertise and financial aid.

China has also directed its investments in infrastructure towards major projects, education, spinning and weaving industry, manufacturing and petrochemical industries, and other fields.

“Egypt’s participation in the China Belt and Road Initiative, which is in line with its Vision 2030, is a great indicator of the serious cooperation between the two countries,” Al-Wasmi said, “Egypt adopted economic reforms, which was reflected in the boom in economic indicators that replicate the success of economic plans in supporting growth.”

For his part, Yang Fuchang, former Deputy Foreign Minister and former Chinese Ambassador to Egypt, said that more than 50 years of good bilateral relations between the two countries reflects the extent of the partnership between them.

He said that manufacture in Egypt of the Chinese vaccine, Sinopharm, which is used against the COVID-19, will not only benefit Egypt, but also all African countries and the region.