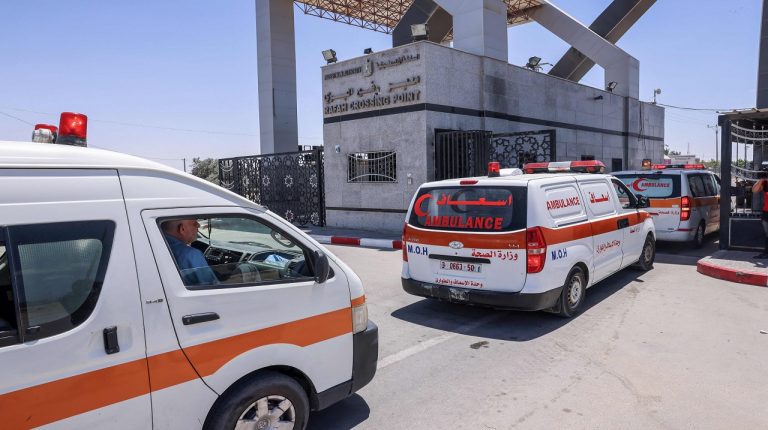 Egypt’s Minister of Health and Population Hala Zayed has revealed that the country plans to set aside 165 ambulances to transfer those injured in Israeli attacks on the Gaza Strip to Egyptian hospitals.

The details came as Zayed briefed Prime Minister Mostafa Madbouly on her ministry’s plan to support those injured in the besieged Gaza Strip.

During a meeting on Monday, Zayed added that a central operations room was set up at the headquarters of the Egyptian Ambulance Authority, to receive and record events. It will also communicate with the relevant insurance authorities to remove any obstacles facing the medical and ambulance insurance plan.

About 50 ambulances from the Suez Canal region, equipped with intensive care equipment, ventilators, and supplies are participating in the plan. This is in addition to 65 ambulances operating in North Sinai cities that will also be made available.

There is also a backup support force of 50 ambulances that will take care of case transfers, with the centre point of this force to be focused on Ismailia Governorate.

Moreover, Zayed reviewed the role of the rapid deployment teams at the Rafah crossing, Egypt’s border point with Palestine. This includes an emergency care doctor, a surgeon, an orthopaedic specialist, a quarantine team, and ambulance staff teams, as well as nursing teams.