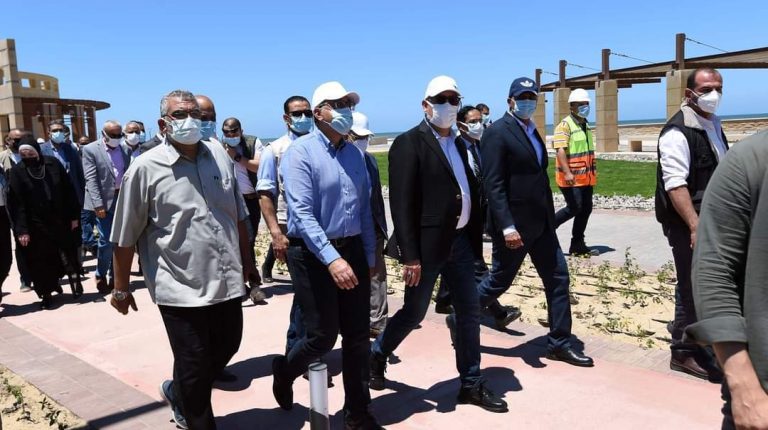 Egypt’s Prime Minister Mostafa Madbouly has said that New Mansoura is one of the country’s fourth generation cities, which aims to maximise the benefit of its important geographic and strategic location.

Madbouly indicated that a variety of housing projects have been included in the city to suit all income groups, as part of the state’s endeavour to upgrade the service and development projects offered to citizens.

The Prime Minister’s remarks came during his tour of the governorates of Daqahleya and Damietta, where he reviewed the progress of the projects being implemented in New Mansoura.

During his tour, the Prime Minister was accompanied by: Minister of Local Development Mahmoud Shaarawy; Minister of Housing, Utilities and Urban Communities Assem El Gazzar; and Minister of Trade and Industry Nevine Gamea.

Meanwhile, Madbouly asserted the need to alert all workers at national project work sites to adhere to the precautionary and preventive measures to curb the spread of the novel coronavirus (COVID-19) pandemic. He also highlighted the state’s keenness on the safety of all citizens.

He confirmed that Egypt is paying great attention to developing and raising the efficiency of the nationwide road network, as it has a positive effect that contributes to facilitating the movement of citizens and goods between different cities and governorates. This also leads to advancing development in various sectors.

During his tour of New Mansoura, Madbouly also inspected the work on the city’s new Corniche project, which will be implemented in several phases to include: a walkway; cafeterias; pergolas; seats; a bicycle lane; playgrounds; reading and internet areas; children’s play areas; toilets; and green spaces.

During his tour in the city, which has seen about 98% of its first phase completed, Madbouly inspected the middle-income Sakan Masr units. This includes the implementation of 196 residential buildings with a total of 4,704 housing units.

Madbouly also inspected the New Mansoura Language School, which includes 33 classrooms and will receive students in different grades from kindergarten to secondary school students. The city will also include a medical centre and eight commercial markets for its residents.

CIT Minister meets graduates of ‘Our Future is Digital’ initiative