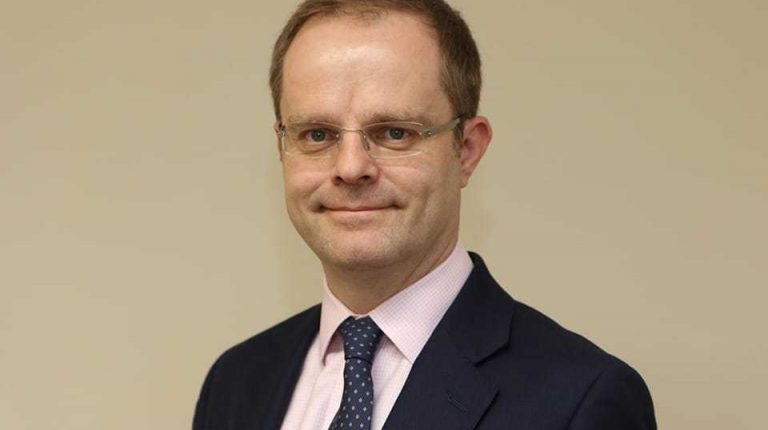 The UK’s Foreign, Commonwealth, and Development Office (FCDO) announced, on Tuesday, that the new Ambassador to Egypt will be Gareth Bayley.

Bayley, whose most recent appointment was as Director for South Asia and Afghanistan in the FCDO in London, will take over from the current Ambassador Sir Geoffrey Adams in September.

The new ambassador’s first diplomatic posting was in Cairo, where he studied Arabic, before serving as Second Secretary at the British Embassy from 1998 to 2002.

The British Embassy said that Bayley is delighted to be returning to Egypt, as he noted he has the fondest memories of life and diplomatic service in the country.

His subsequent diplomatic career has included postings in Baghdad, Jerusalem, and New York. He is married to a fellow diplomat, Sara Fawcett.

Adams, and his wife Mary Emma, will be leaving Cairo after his three-year posting. He will then be retiring after a 42-year diplomatic career, which has included appointments as British Ambassador to Iran and to the Netherlands, Consul General in Jerusalem, and as Political Director at the FCDO in London. He and Bayley worked together in Cairo 20 years ago.

Adams is following in a family tradition: just as his final diplomatic posting was in Cairo, so his father, Sir Philip Adams, retired as British Ambassador to Egypt in 1975.