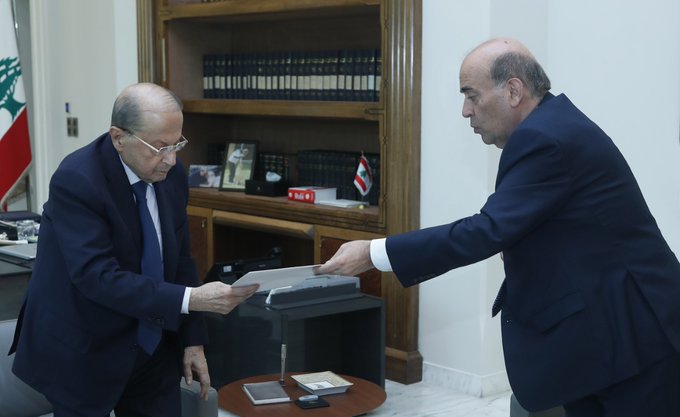 His resignation came per the request of President Michel Aoun.

Wahba’s resignation comes after he suggested, on Monday, that GCC states had supported the rise of ISIS, among other disparaging comments.

Deputy Prime Minister and Minister of Defence Zeina Aker was appointed as Acting Minister of Foreign Affairs after her approval on Wednesday.

In reported comments to Al-Hurra TV, he was alleged to have said, “There is a second stage when ISIS came, and the countries of the people of love, friendship, and brotherhood brought them…and planted it for us in the Nineveh Plains, Anbar, and Palmyra.”

In a statement issued by the official Saudi Press Agency (SPA), Saudi Arabia said that it “expresses strong condemnation and denunciation of such disgraceful abuses against the Kingdom of Saudi Arabia, its people, and the GCC countries”.

It added that these statements are “incompatible with the simplest diplomatic norms, and are inconsistent with the historical relations between the two brotherly peoples”.

He demanded Wahba make an official apology to the GCC member states “for the absolutely unacceptable insults”.

For his part, Ahmed Aboul Gheit, Secretary-General of the Arab League, expressed his deep regret over the comments. He said that they formed a transgression against the Gulf states in general, and the Kingdom of Saudi Arabia in particular. He also described these statements as far from diplomatic decency.

In a statement on Wednesday, Aboul Gheit noted that “the language of dialogue used by senior officials of Arab countries should always reflect the feelings of brotherhood and mutual respect among Arab peoples”.

The Lebanese presidency, in turn, disavowed the “offensive” statements and noted the depth of brotherly relations between Lebanon and the Gulf states, especially Saudi Arabia.

It emphasised its keenness on the continuation and strengthening of these relations in all fields.

The Lebanese presidency considered the opinions issued by Wahba to reflect his personal opinion, and do not reflect the position of the Lebanese state and President Aoun.