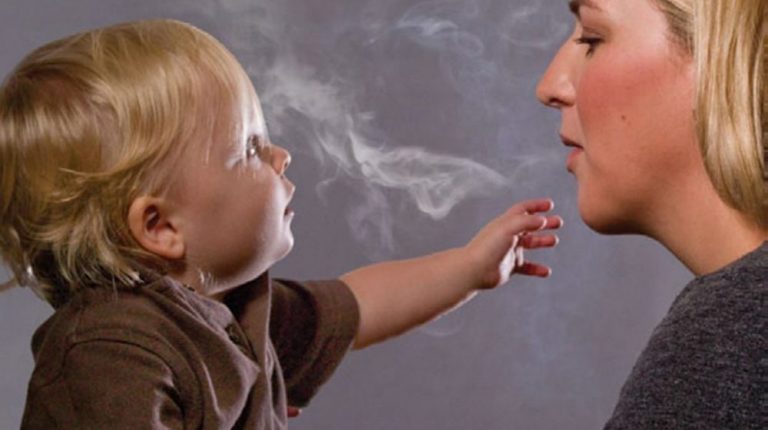 Environmental tobacco smoke exposure in utero and during early childhood, especially second-hand smoke, is associated with decreased childhood lung function, according to research presented at the ATS 2021 International Conference.

Hanna Knihtilä, a research fellow at the Channing Division of Network Medicine, Brigham and Women’s Hospital and Harvard Medical School, and colleagues sought to clarify the effects of tobacco smoke exposure during pregnancy and childhood on children’s lung function at age six years.

The authors found that cumulative tobacco smoke exposure reflected by increased blood cotinine levels during pregnancy and childhood is associated with decreased lung function at six years of age. This decrease is evident even with minimal smoking exposures.

“Most of the exposure, especially during pregnancy, was second-hand,” said Knihtilä, “This suggests that even small amounts of exposure from second-hand sources can have detrimental effects on children’s lung function.”

The researchers included 476 mother-child pairs in the study, which was conducted with participants in the Vitamin D Antenatal Asthma Reduction Trial (VDAART). They recruited non-smoking women at 10-18 gestational weeks.

The scientists gave study participants questionnaires on active smoking and household smoking during pregnancy and at one, three, and six years after delivery. They measured blood cotinine levels at 10-18 and 32-38 gestational weeks, and at ages 1, 3, and 6 years, and calculated cumulative tobacco smoke exposure based on the cotinine levels.

The authors stated, “Both gestational and childhood cumulative tobacco smoke exposure, reflected by increased blood cotinine levels during pregnancy and early life were associated with decreased lung function at age six years, but the strongest effects were observed with cumulative smoke exposure from pregnancy to childhood together.”

“The study is unique because, with a relatively large sample, we have comprehensive follow-up data with detailed questionnaires about tobacco smoking in the household, and an objective blood marker of tobacco smoke exposure (cotinine), at five different time-points from pregnancy to age six years,” said Knihtilä.

She added, “With this multiple time-point follow-up data, we were able to show that the effect of tobacco smoke exposure on lung function seems to be dependent on the dose and duration of exposure from pregnancy to childhood.”

Cotinine is the predominant metabolite of nicotine and is used as a biomarker of tobacco smoke exposure.

Knihtilä said that she and her team hope that the study serves as objective data for health care providers and families to advocate for minimising tobacco smoke exposure from pregnancy to childhood to improve lung health among children.