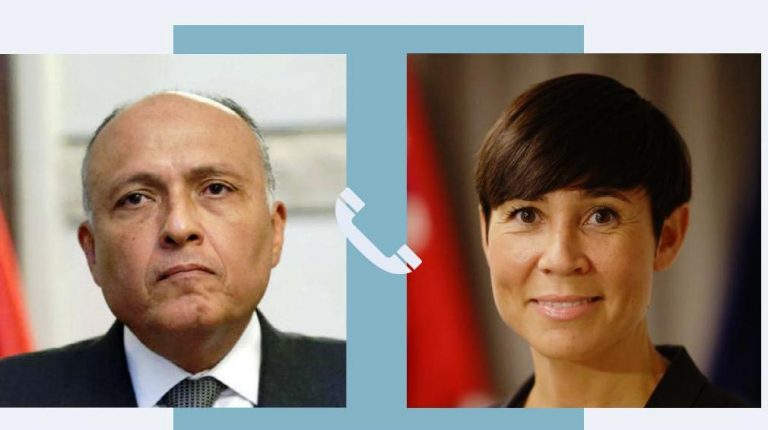 The two ministers discussed the latest developments in the Palestinian issue, whilst also reviewing ways to strengthen bilateral relations between the two countries.

Ahmed Hafez, spokesperson for Egypt’s Ministry of Foreign Affairs, said the Norwegian minister praised Egypt’s role and intensive efforts that led to a ceasefire between the Palestinian and Israeli sides.

Visions were also exchanged on developments in the Palestinian scene, and ongoing efforts to stabilise the lull between the two sides.

The two sides agreed on the importance of providing the right climate for the urgent revival of the peace process, to reach a comprehensive political settlement in accordance with the relevant international resolutions. This would prevent a recurrence of the escalation and confrontations between the two sides.

The call also discussed the reconstruction process in the Gaza Strip and efforts to provide assistance and development support to other parts of the Palestinian territories, in both the West Bank and Gaza Strip.

Shoukry praised the important role that Norway plays within the Liaison Committee on Coordination of International Aid to the Palestinian People.