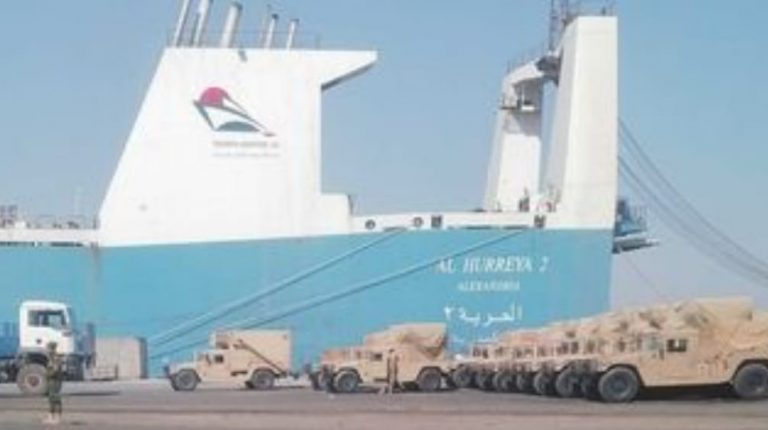 Egyptian military forces arrived in the Sudanese capital Khartoum, on Friday, ahead of a joint “Guardians of the Nile” military exercises, to confront any possible threats, according to Sudanese Armed Forces.

According to Sudan’s state-owned SUNA news agency, Sudanese and Egyptian forces will hold the manoeuvres from 26-31 May. They are aimed at “strengthening bilateral relations, and unifying methods on dealing with threats that both countries are expected to face”.

The report did not mention how many troops would participate. Apart from those that landed at the Khartoum Air Base, another contingent of soldiers and army vehicles were expected to arrive by sea.

The participants in the joint exercise are elements of all specialities in the Egyptian and Sudanese armies.

The “Guardians of the Nile” exercise will be followed by a mixed naval exercise between the Sudanese and Egyptian naval forces in the Red Sea.

The manoeuvre comes as an extension of the joint training cooperation between the two countries. It was preceded by the Nile Eagles 1 and 2 joint air forces manoeuvre. The Guardians of the Nile military exercises aim to exchange military expertise, enhance cooperation, and unify working methods to address the expected threats to the two countries.

The joint exercises, “Nile Eagles 1 and 2”, took place at the Marwa airbase in Sudan, with the participation of members from the Egyptian and Sudanese air forces. It also included elements of Thunderbolt forces from both countries.

In March, Egypt and Sudan signed a military cooperation agreement.

Mohamed Farid, Chief-of-Staff of the Egyptian Armed Forces said that both countries face common challenges and threats to their national security.

He added that the two countries are witnessing an unprecedented level of military cooperation, expressing Egypt’s desire to achieve better coordination between both militaries.