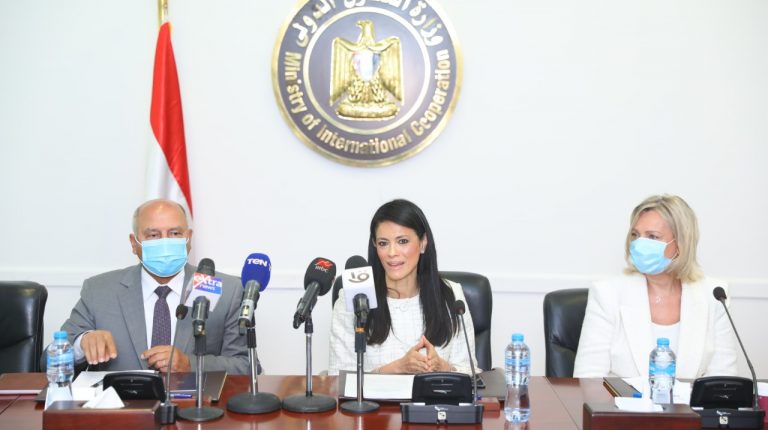 Egypt’s Minister of International Cooperation Rania Al-Mashat has signed a development financing agreement worth €145m with the African Development Bank (AfDB), aimed at improving the efficiency and safety of the country’s railway system.

Also present at the agreement’s signing was Minister of Transportation, Kamel El-Wazir.

A total of 953 km of these railway lines will be controlled by the European Train Control System (ETCS-L1), which will manage the course of the cars. The agreement also provides an additional 100 wagons using the ETCS.

Minister Al-Mashat applauded the AfDB’s support in providing financing for the development of Egypt’s railway signals project, which serves as the bank’s first contribution in the country’s transportation sector.

Minister Al-Mashat said that, with a value of $5.13bn, the transport sector accounts for more than 20% of her ministry’s ongoing development cooperation portfolio.

The development financing is secured through multilateral and bilateral development partnerships. It is directed towards many projects, such as: the development of the Cairo Metro lines; the implementation of road projects; and the modernisation of railways.

The minister elaborated that her ministry’s role is not only aimed at securing development financing, but also encompasses follow-up on projects to ensure the desired results are achieved.

For his part, El-Wazir said that the agreement comes as part of the political leadership’s directives to develop the existing railway network. This includes development of a signalling and communication system across various railway lines.

He added that this system provides the possibility of automatically stopping trains without the driver’s intervention, in the event of any danger. This aims to prevent human error, while controlling the speed of the train, and recording data on its routes.

The development agreement encompasses the instalment of the ETCS on old cars, with the project covering the provision of 260 wagons. Of these, 110 were supplied and are eligible to use the management system.

The instalment of the ETCS will contribute to less dependence on humans, in order to increase the safety and security of railway lines.