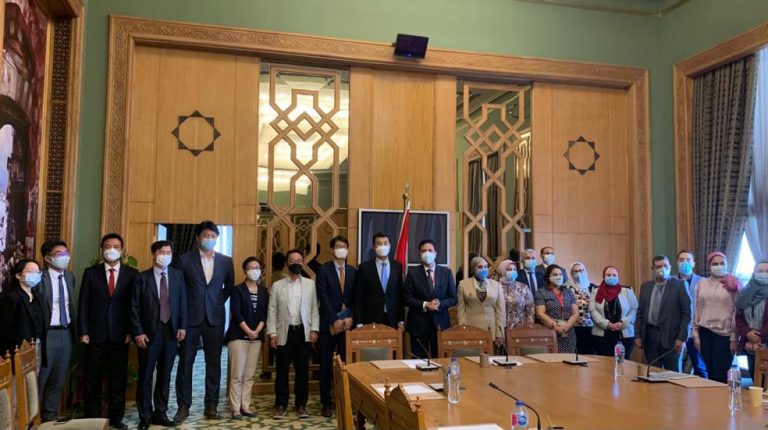 During the meeting, the representatives from the Egyptian ministries presented the priorities of the national projects, whilst the EBA and FEI presented the targeted areas of cooperation with Korean companies.

Meanwhile, Hyundai Rotem expressed their willingness to participate in the national projects for localising train manufacturing in Egypt. This includes the production of train carriages for the Cairo Metro’s Line 1 and Line 3 facilities. Doosan Heavy Industries pointed to their interest in participating in desalination projects in Egypt.

For his part, Ambassador Hong said that the visit to Egypt by South Korea’s President Moon Jae-in was inevitably postponed due to the novel coronavirus (COVID-19) pandemic. It is hoped, however, that the visit will be rescheduled in the near future.

The ambassador emphasised the keenness of the two countries to expand their cooperation and strengthen their partnership across various fields, including transport infrastructure, health and medical treatment, and water resources.

Ambassador Hong also said that he met with Egypt’s Minister of International Cooperation Rania Al-Mashat, to discuss the South Korean Government’s decision to designate Egypt as the Official Development Assistance prior cooperation country for five years.

This would allow greater financial support and cooperation, as well as ensure the relevant efforts are made to introduce a branch of the Export-Import Bank of Korea (Korea Eximbank) in Egypt.