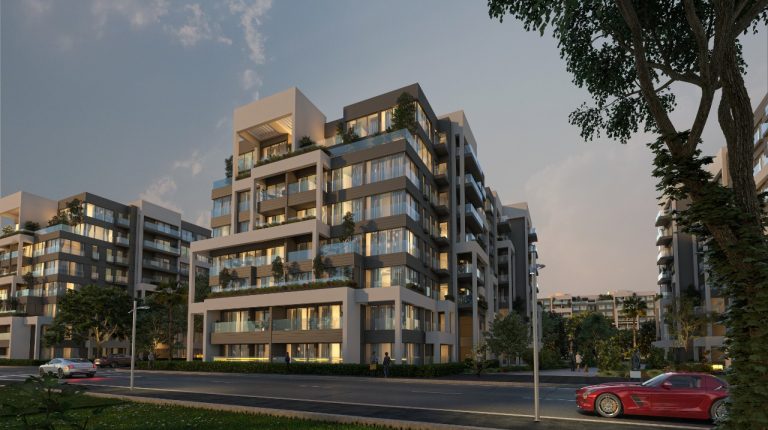 Sky Abu Dhabi Developments has announced the launch of a new sales phase of its Residence Eight project in the New Administrative Capital (NAC), following the overwhelming success of the first phase.

Reflecting the trust and confidence in the UAE-based developer, the first phase of the flagship project, which is comprised of 437 residential units, was fully sold out, with a total sales value of EGP 700m. A total of 55% of the turnout was through Egyptian customers, whilst the remaining 45% were expatriates.

With investments worth EGP 4bn, the flagship Residence Eight project spans over an area of 23 acres and offers 1,000 residential units. These range from apartments to luxurious duplexes, starting from 110 sqm and up to 360 sqm.

Strategically located in the R8 area of the NAC, the project’s premium location is surrounded by the Diplomatic District from the west, and overlooks 70 acres of greenery from the north, whilst the Green River lies to the south near the city centre.

Abdelrahman Agamy, CEO of Diamond Group and Sky AD Developments, said, “The massive success of the first phase of the Residence Eight project was a driving force for us to accelerate the company’s plans to invest EGP 15bn over two years in the Egyptian real estate market.”

“The company is studying several investment opportunities in the NAC, given the high demand on the promising city, ahead of the transfer of civil servants and ministries to this new administrative hub,” he added, “We are also looking into investing in diverse land areas, ranging from 50-100 acres in the North coast and East Cairo.”

Mostafa Salah, CCO of Sky AD Developments, said, “We have achieved a EGP 700m sales record since the launch of the Residence Eight project on 7 March, which represents 50% of the total contractual sales worth EGP 1.5bn in 2021.”

He added, “We have decided to launch a new sales phase to meet the increasing demands on the project.”

With unmatched high-quality standards along with the company’s serious strides to implement and complete the project, Salah expects that the sales of the new phase will surpass the first one.

“We have also pumped EGP 250m worth of investments this year to implement the project according to the scheduled timeline,” he added.

Sky Abu Dhabi Developments is a subsidiary of the UAE-based Emirati Diamond Group, and boasts a portfolio that includes over 17 projects in the UAE worth total investments of $1bn.