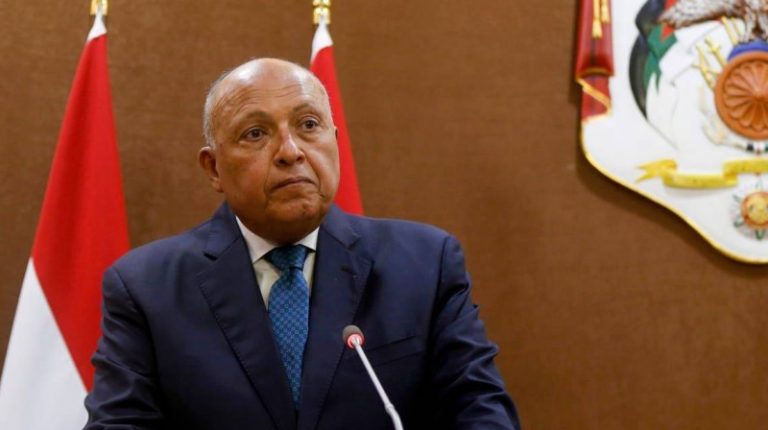 Egypt’s Minister of Foreign Affairs Sameh Shoukry headed, on Sunday, to the Jordanian capital, Amman, where he was received by King Abdullah II of Jordan, according to a ministry statement.

Shoukry’s visit is set to include in-depth discussions with his Jordanian counterpart, Ayman Safadi, on developments related to the Palestinian crisis, and ways to build on the ceasefire in the Gaza Strip.

The two ministers are expected to also discuss strengthening the necessary measures to maintain the stability of the situation and permanently halt the the escalation in the rest of the Palestinian territories, including Jerusalem.

The talks will include methods to revive the peace process between the Palestinians and the Israelis. This will take place to reach a comprehensive political settlement that guarantees the establishment of the Palestinian state, with East Jerusalem as its capital.