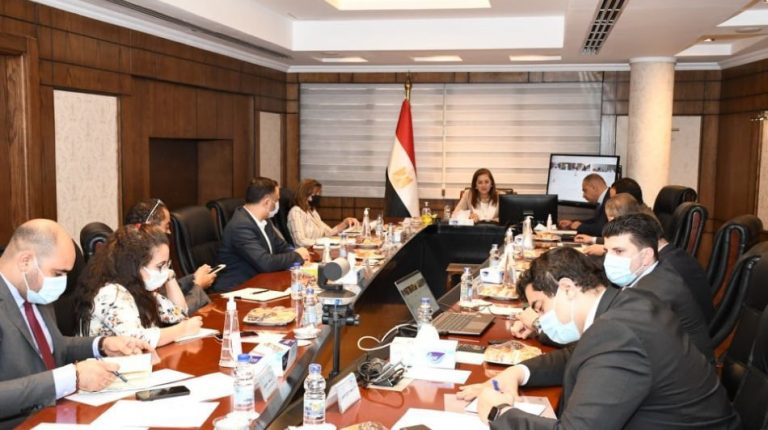 The meeting, held via video conference, took place in the presence of Mahmoud Mohieldin, Executive Director of the IMF and the United Nations (UN) Envoy for Financing Sustainable Development, as well as the IMF’s  working group.

During the meeting, El-Said noted the importance of launching the National Programme for Structural Reforms as the second stage of economic reform in line with Egypt’s Vision 2030. This would also see follow up on the success achieved by the economic reform programme, and the sustainability of those successes.

The minister said that the structural reforms programme’s main objectives aim to achieve comprehensive, balanced, and sustainable growth, as well as achieving flexibility, productivity and competitiveness. At the same time, it looks to enhance job opportunities, create decent job opportunities, reduce the trade deficit, and bridge the financing gap.

She added that the National Programme for Structural Reform focuses on reforming five main systems, namely: the characteristics of the demographic system; population; financial system; logistics; government performance system; and the legislative system.

“The National Structural Reform Programme targets six reform pillars, 31 policies and objectives, and 100 structural and legislative initial measures, with the localisation of sustainable development goals (SDGs) at the level of all 27 governorates,” El-Said said.

Regarding the programme’s main characteristics and features, El-Said said that it is characterised by dynamism, suitability with local and international developments, as well as inclusiveness, as it addresses weaknesses at sectorial levels.

The minister added that structural and legislative reforms have been put in place, taking into account that all of them have a specific goal. They are also measurable and evaluated using key performance indicators for each reform, in addition to being measured qualitatively according to the nature of the reform.

El-Said highlighted the structural reforms programme’s six pillars and their objectives, with the objectives covering structural and legislative procedures.

“The first main pillar of the programme is to increase the relative weight of the three main sectors in the Egyptian economy, which are the industrial sector, the agricultural sector, and the communications and information technology sector,” she added.

Regarding the main objectives of the industrial sector, El-Said indicated that it is to: raise the level of integration in value chains; increase the competitiveness of manufacturing industries; localise local industry, while strengthening local supply chains and deepening interdependence; in addition to increasing investment rates in manufacturing industries and the sector’s share in the gross domestic product.

It also looks to create new job opportunities, and support small and medium industries and entrepreneurship.

The minister went on to explain the main objectives of the communications and information technology sector. These are to increase the sector’s contribution to the GDP and accelerate the pace of digital transformation, while developing the export capacity of the sector, raising its ability to create new job opportunities, enhancing skills for future jobs, and supporting emerging companies.

Concerning the supporting pillars, she said that the first pillar is to improve the efficiency of the labour market and Technical and Vocational Education and Training (TVET), through developing the technical education and vocational training system.

This will also see an institutional framework set up to activate the private sector’s role in education and training. It also means the integration between the supply and demand sides of the labour market, whilst enabling women, youth, and people with special skills.

El-Said added that the second pillar was to improve the business environment and enhance the role of the private sector by creating a supportive and enabling environment for competition.

This would also see the movement and development of trade facilitated alongside the removal of obstacles. At the same time, the transport and logistics sectors will be upgraded, with support for the private sector’s participation, facilitating investment procedures, as well as supporting the transition towards a green economy.

The minister reviewed the supporting pillars, referring to raising the level of governance and the efficiency of public institutions by supporting administrative and institutional reform. It would also see the empowerment of local administration units and strengthening their capabilities, alongside improving the governance of state-owned companies.

The IMF mission has praised the National Structural Reform Programme, as well as the efforts made by the Egyptian Government to launch and implement the programme’s different phases.

Representatives of the IMF commended the programme’s characteristics and pillars, as well as its consistency with the UN sustainable development goals (SDGs).

The IMF mission members expected that the programme would be an appropriate extension of Egypt’s economic reform programme. It would also preserve the sustainability of the successes achieved by the first stage of economic reform.

IMF to approve $1.6bn in financing for Egypt in coming weeks