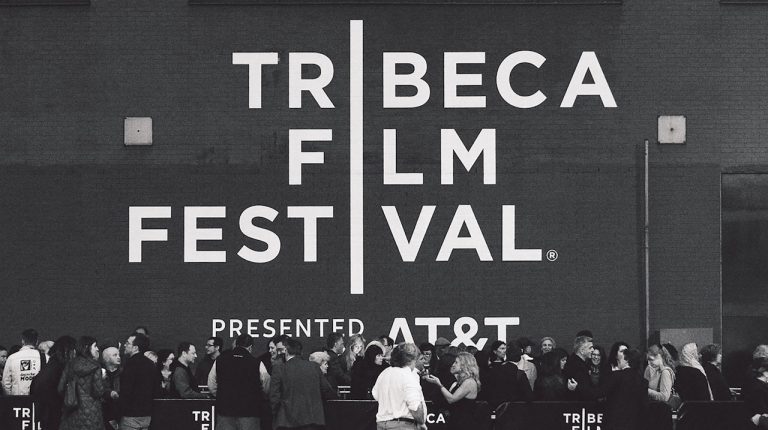 The Tribeca Festival in New York announced, on Friday, its line-up of Talks and Reunion Screenings with the stars and directors from iconic films, and conversations with the driving forces behind film, television, music, business, and politics.

These once-in-a-lifetime conversations will be part of the 20th Anniversary Festival celebration taking place city-wide on 9-20 June this year, the first major film festival to host in person events.

The Storytellers part of the festival celebrates ground-breaking creators working across multiple mediums.

There is also: Shira Haas, the breakout star of Orthodox and the Tribeca Festival Best Actress-winner for ASIA with actress and comedian, Ali Wentworth; and Debbie Harry, Clem Burke, and Chris Stein, of the legendary punk band Blondie.

Additional Tribeca Talks events include Scott Rechler, CEO and Chairperson of RXR Realty, recording two new episodes of his podcast, Recalibrate Reality: The Future of NY. There will also be  conversations with REDEF CEO Jason Hirschhorn about the business of entertainment and the future of podcasting.

The 2021 Tribeca Festival will also celebrate milestone anniversaries of some of Hollywood’s most iconic films.

Robert De Niro teams up with director Martin Scorsese to discuss creating one of cinema’s eternal masterpieces, Raging Bull. And finally, the festival will celebrate the 100th anniversary of Charlie Chaplin’s first feature-length film, The Kid, with a special screening event.

“Each year the Tribeca Festival gathers the most esteemed names in film and entertainment for conversations that shine a light on the creative process,” said Jane Rosenthal, Co-Founder and CEO of Tribeca Enterprises and the Tribeca Festival, “This year we are particularly proud that we can once again convene these talented names for in-person conversations as we discuss new ways our world and business is being reshaped and reimagined.”

Paula Weinstein, Chief Content Officer of Tribeca Enterprises, said, “This year’s Tribeca Talks will have timely conversations about real world issues and how they affect film, television, politics and business.”

She added that the Tribeca Talks and Reunion screenings are always a big fan favourite, with the festival looking forward to the illuminating conversations that will take place during this milestone 20th Festival.

This conversation series showcases the careers of influential filmmakers.

This series celebrates the illustrious careers of today’s most innovative creators, who have broken from traditional roles and pioneered their own forms of storytelling. This year, participants include:

Royal Tenenbaum (Gene Hackman) and his wife, Etheline (Anjelica Huston), had three children, Chas, Margot, and Richie, before separating. Chas (Ben Stiller) started buying real estate in his early teens and seemed to have an almost preternatural understanding of international finance. Meanwhile, Margot (Gwyneth Paltrow) was a playwright and received a Braverman Grant of $50,000 in the ninth grade. Richie (Luke Wilson) was a junior champion tennis player and won the US Nationals three years in a row. Virtually all memory of the brilliance of the young Tenenbaums was subsequently erased by two decades of betrayal, failure, and disaster. The Royal Tenenbaums is a hilarious and touching study of melancholy and redemption.

Things go terribly awry when small-time Minnesota car salesman Jerry Lundegaard (William H Macy) hires two thugs (Steve Buscemi and Peter Stormare) to kidnap his wife so he can collect ransom from his wealthy father-in-law. Once people start dying, the very chipper and very pregnant Police Chief Marge Gunderson (Frances McDormand) takes the case.  Is she up for this challenge?

Five friends leave their neighbourhood and head for a new type of music – Motown. Coming in on the tail end of a rhythm and blues singing group explosion, The Five Heartbeats (Robert Townsend, Michael Wright, Leon Robinson, Harry J Lennix, Tico Wells), rise and fall within the space of seven years. Along the way, the group deals with all manner of fame and fortune distractions, as jealousy, greed, too much womanising, and drugs all take a toll. An in-person conversation with Robert Townsend, John Terrell, Tico Wells, Leon Robinson, James Hawthorne, Harry Lennix, Michael Wright moderated by Loren Hammonds.

Charlie Chaplin was already an international star when he decided to break out of the short-film format and make his first full-length feature. The Kid not only shows Chaplin at a turning point, when he proved that he was a serious film director, it remains an expressive masterwork of silent cinema. In it, he stars as his lovable Tramp character, this time raising an orphan (a remarkable young Jackie Coogan) he has rescued from the streets. Chaplin and Coogan make a miraculous pair in this nimble marriage of sentiment and slapstick, a film that is, as its opening title card states, “a picture with a smile, and perhaps, a tear.”

Robert De Niro teamed up with director Martin Scorsese to create one of cinema’s eternal masterpieces. Nominated for eight Academy Awards, including Best Picture and Best Director, this contemporary classic is “ambitious, violent, poetic and lyrical” according to The New York Times. De Niro turns in a powerful, Best Actor Oscar-winning performance as Jake La Motta, a boxer who’s psychological and sexual complexities erupt into violence both in and out of the ring. Joe Pesci and Cathy Moriarty co-star with De Niro in the film. Director Martin Scorsese and Robert De Niro discuss the film’s lasting legacy in a pre-recorded conversation.