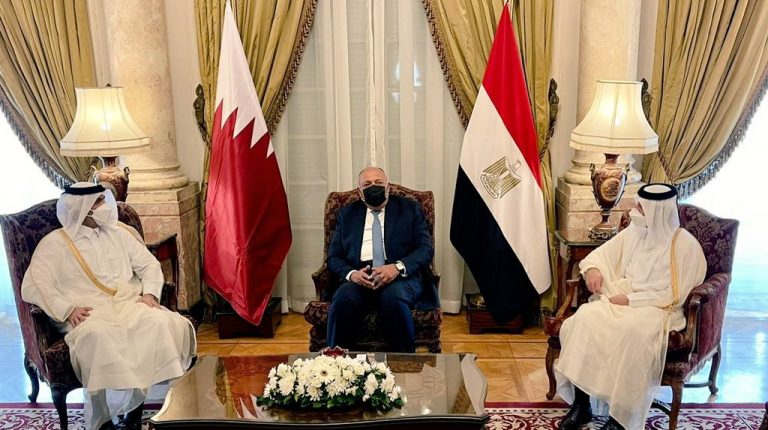 The statement came as the two sides met, on Tuesday, to discuss a range of important bilateral issues.

Ahmed Hafez, spokesperson for Egypt’s Ministry of Foreign Affairs, said that the meeting aimed to discuss the positive developments in bilateral relations between the two countries following the signing of the AlUla Statement in January 2021.

The meeting addressed the importance of building on this important step, by taking further measures aimed at strengthening the positive atmosphere in the coming period.

The two ministers also discussed the importance of working to take advantage of the great economic and investment opportunities available in the two countries, to achieve the interests of the two countries and peoples.

The talks also dealt with ways to advance the mechanisms of joint Arab action in facing the challenges in the region, particularly in light of Qatar’s presidency of the Arab League Council.

The two countries’ positions on the most important regional issues, including the developments related to the Grand Ethiopian Renaissance Dam (GERD), were also discussed.

In a related context, the two sides concluded a new round of meetings of the Legal Committee and the Egyptian-Qatari Follow-up Committee concerned. The meetings were aimed at following up on the obligations of the two countries within the framework of the AlUla Statement.

The two ministers continued to discuss outstanding issues and agree on the need for the two committees to hold periodic meetings until the completion of all pending issues. These will take place in implementation of Al-Ula Statement, which was signed on 5 January 2021.