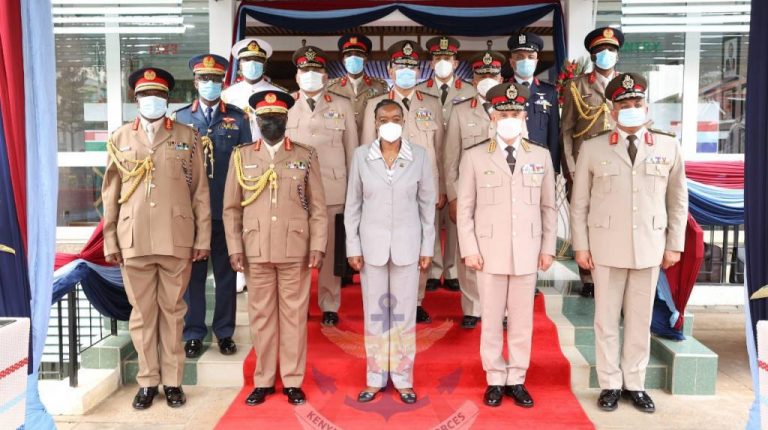 Egypt and Kenya signed a Technical Agreement on Defence Cooperation, on Wednesday, according to a statement from Kenya’s Minister of Defence, Monica Juma.

The agreement aims to deepen the partnership between the two countries in matters of mutual benefit.

This agreement is the fourth defence pact between Egypt and fellow African countries in 2021.

Egypt signed a defence agreement with Sudan in March. After the signing, an Egyptian statement said that both countries face common challenges and threats to their national security, but are , adding that unprecedented level of military cooperation.

In April, Egypt and Uganda signed a Memorandum of Understanding (MoU) on sharing military intelligence, which will allow the intelligence agencies of both countries to exchange information including “to combat terrorism”.

Also in April, Egyptian and Burundian armies inked a military cooperation agreement in the fields of training and joint exercise.

These agreements come amid renewed tensions between Egypt and Sudan on the one hand, and Ethiopia on the other. This comes after the latter’s plans to go ahead with the second phase of filling the Grand Ethiopian Renaissance Dam (GERD) across the Nile River.

The second phase of filling the dam could gravely undermine water security in downstream states Egypt and Sudan and poses an existential threat for both nations.