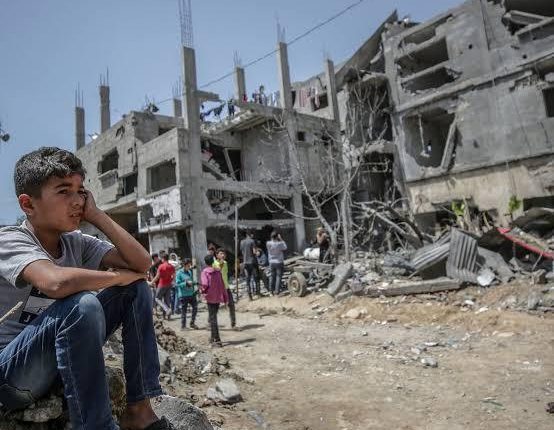 Palestine’s Minister of Foreign Affairs Riyad Al-Maliki has said, on Thursday, that there is no justice without getting back the rights of the Palestinian victims, and that there is no peace without ending the Israeli occupation.

Al-Maliki also said, in a speech at the 30th special session of the United Nations Human Rights Council (UNHRC), that the Israeli colonial occupation is the root of the problem and suffering, as well as the main source  of crimes, the  Palestinian News Agency Wafa reported.

“If the international community wants to end the suffering of the Palestinian people, the world must confront and isolate the Israeli system, boycott its products and the companies supporting it, as well as imposing economic and political sanctions on Israel,” he said.

Al-Maliki called on the UNHRC’s member states to support the draft resolution submitted to the council to form an international committee to investigate all violations against Palestine, and make recommendations to avoid impunity.

She asserted her deep concern about the “high level of civilian fatalities and injuries” from the attacks on Gaza.

“If found to be indiscriminate and disproportionate in their impact on civilians and civilian objects, such attacks may constitute war crimes,” she warned, speaking at the start of a special one-day council session focused on the recent flare-up of violence.

She also said her office had “not seen evidence” that the buildings targeted in Gaza, including residential homes, medical facilities, and media offices, were “hosting armed groups or being used for military purposes”, as claimed by Israel.

Bachelet also stressed that rockets fired by Hamas were “indiscriminate and fail to distinguish between military and civilian objects”, and were thereby “a clear violation of international humanitarian law”.

Before the ceasefire between Israel and Palestine last week, Israeli air strikes and artillery fire on Gaza killed 254 Palestinians, including 66 children, and wounded more than 1,900 people in 11 days of conflict, the Health Ministry in Gaza has reported.

Rockets and other fire from Gaza claimed 12 lives in Israel, including one child, and about 357 people in Israel were wounded.