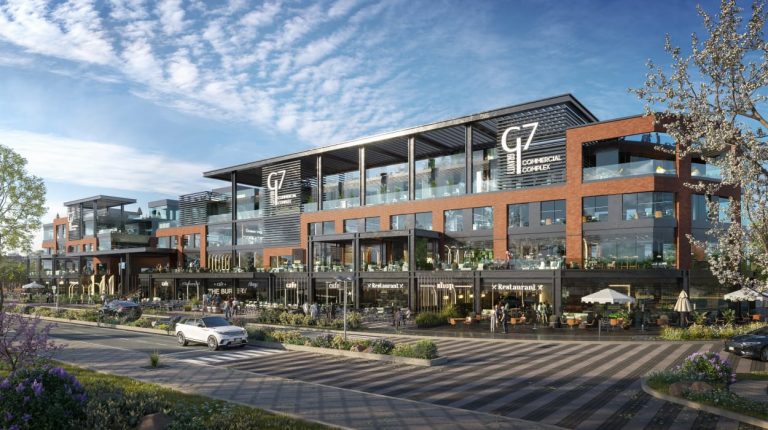 As part of its participation at the 2021 Nextmove Exhibition, Mercon Developments is introducing the second phase of its Gravity 7 project (G7), its first development project in the Fifth Settlement area of New Cairo.

The company is also showcasing exclusive offers and competitive facilities for its clients over the three exhibition days on the units in G7’s second phase.

Hazem Dawood, CCO of Mercon Developments, said that this is the company’s first time participating in a specialised real estate exhibitions since the company launched in the Egyptian market in March.

Dawood said the company’s keenness to create a presence at the exhibition is to provide an opportunity for customers to obtain distinguished units in one of the most important administrative and commercial projects in the Fifth Settlement.

It means they will be able to access the best prices and competitive facilities to suit all their needs during the exhibition days, especially after the high demand on the first phase.

The G7 project’s first phase completely sold out within one week of the project’s laucnh in April, he disclosed, adding that the company began construction works on the site before offering the project for sale.

Dawood said that G7 is located in the heart of the Fifth Settlement on a sales area estimated at 22,000 sqm. It features a front facade of 250 sqm, and is located next to the New Cairo City Authority’s headquarters overlooking Northern Tessen Street.

“The plot of land is distinguished by its view over three main and very vital streets on Northern Tessen Street,” he said, “The company owns a large portfolio of lands in a number of different and vital areas, on which the company plans to establish various real estate projects during the coming period according to its strategy announced in the first quarter of the current year.”

He explained that the Board of Directors at Mercon Developments is lead by Chairperson Samer Al Baik, and Vice-Chairperson Ahmed Embaby.

The company was only launched in March, but has already penetrated the real estate development sector in Egypt through a strong alliance  in several fields of the sector.

The strong experiences of the alliance has qualified the Mercon Developments to create a unique and strong vision for their presence in the Egyptian market.

This is based on its development of three major commercial and administrative projects in the Fifth Settlement.

The company’s investments will amount to EGP 5bn in 2021, in addition to its studying potential investments in various projects in both New Alamein and the New Administrative Capital (NAC) in 2022.