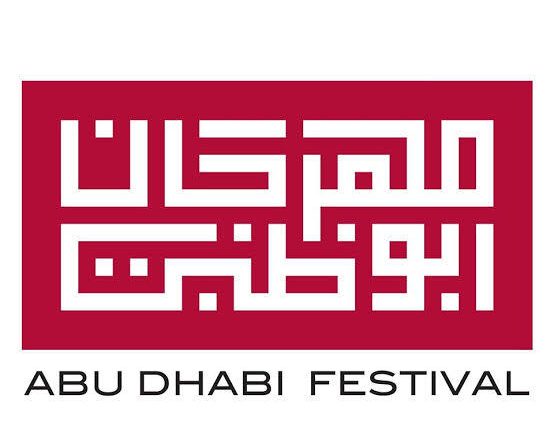 The 18th edition of the Abu Dhabi Festival launched the second Global Oud Forum last week, in an event that will run until 15 June.

A statement released by the festival said, “A new series brings an ancient instrument to a growing global audience through talks and performances with the musicians, craftsmen, and musicologists who make up the thriving contemporary oud scene.”

Seven episodes organised by Iraqi oud master Naseer Shamma, and produced by Abu Dhabi Festival, bring together 30 of the world’s most accomplished oud musicians for performances of traditional and original compositions.

In seven episodes, they are joined by oud makers working to preserve a 5,000-year-old craft and musicologists who describe the Arabic oud’s rich history. The latter will also outline how performers today are being heard by global audiences, and what the future holds for this timeless instrument.

The episodes will feature 27 oud players from 14 countries, with the forum also set to hold academic inserts about the history and traditions of the instrument. This is in addition to interviews with six renowned oud makers from across the Arab world, who will invite the viewers to their workshops.

The academic segments of the episodes tackle a multitude of issues which are of interest to both oud players and the audience. The topics tackle the positioning of the oud in the digital age, the instrument’s relation to today’s industry, and its standing with modern music genres.

Targeting young audiences, the instrument’s adaptability to the ever-changing expectations of new generations advises and directs emerging oud players on how to sustain its heritage and musical traditions.

The forum’s first episode was released on YouTube on 25 May. It included performances by Faisal Al-Saari from the UAE; Bechir Gharbi from Tunisia; Sadiq Jaafar from Iraq; and the oud trio, Islam Taha, Salma Mokhtar, and Eslam Abdel Aziz from Egypt.

The episode presented the crafts of luthier Amr Fawzi, who heads the Arab Oud House workshop in Abu Dhabi, while academic writer Noura Al-Mazroui offers input on the history of the oud in the Gulf region.

The next episode will be released on 29 May 2021, showcasing performances by Mohammed Al-Attar and Yousif Abbas from Iraq, Sherine Tohamy from Egypt, and Zulkarnain Yusof from Malaysia.

The episode also highlights the crafts of luthier Omar Mohammad Fadhil, filmed at his workshop in the Iraqi capital, Baghdad. Duraid Fadhil Al-Khafaji from Iraq will also provide excerpts of his research on the oud and the digital world.

The third episode is scheduled on 1 June, showcasing performances by Hazem Shaheen and Mohammed Abozekry from Egypt, Ahmad Shamma from Iraq, and Fateen Kanaan from Syria.

With each episode a featured report is presented for modern day pioneers in the Oud making sector and for this line-up, it will be luthier Fawzi Monshed from Iraq.

The academic researcher Ahmad Al-Hinnawi will also provide a seminar on the oud as it relates to the modern music industry.

The fourth episode will be released on 5 June, and will include performances by Nehad El-Sayed from Egypt, Jalal Kassam from Syria, Ashraf Awad from Sudan, and Naochika Sogabe from Japan. This episode’s featured report focuses on the crafts of Hussein Sabsaby, a luthier based in Damascus, in addition to a seminar from Iraqi Sami Naseem around the oud instrument as it relates to the digital age.

The fifth episode on 8 June, will include performances by Driss El-Maloumi from Morocco, Nabil Hilaneh from Syria, Alaa Shaheen from Jordan, and a duet between Somar Al-Naser from Syria and Bacem Yousfi from Tunisia, both based in France.

The episode will shed light on the crafts of Nazih Ghadban in Lebanon, while Mourad Sakli walks viewers through the origins of the oud. He will explain how the instrument integrates into today’s music industry, and how artists can achieve support for their work.

The sixth episode on 12 June, will present performances by Necati Celik from Turkey, Hisham Errish from Libya, Hashem Qallaf from Kuwait, and Zain Al-Marhabi from Saudi Arabia.

The episode will also shed light on the works of Ya’aqoub Jasim, a luthier from Kuwait, and will highlight excerpts from research by academic writer Fahad Mohsen Al-Bathali, also from Kuwait. The latter will review other forms of entertainment that disrupt the preservation of heritage instruments such as that of the oud, with emerging generations.

The content of the seventh and final episode is yet to be revealed.

Launched in 1996, the Abu Dhabi Festival is among the oldest, non-profit cultural organisations in the Gulf region. Presenting its 18th edition this year, the festival continues its dedication to the advancement of knowledge, development, culture, and creativity.

At the same time, it supports Middle Eastern debuts and nurtures the careers of gifted young professionals throughout the Arab world. This year the festival kicked off on 1 February, and will continue throughout the year.